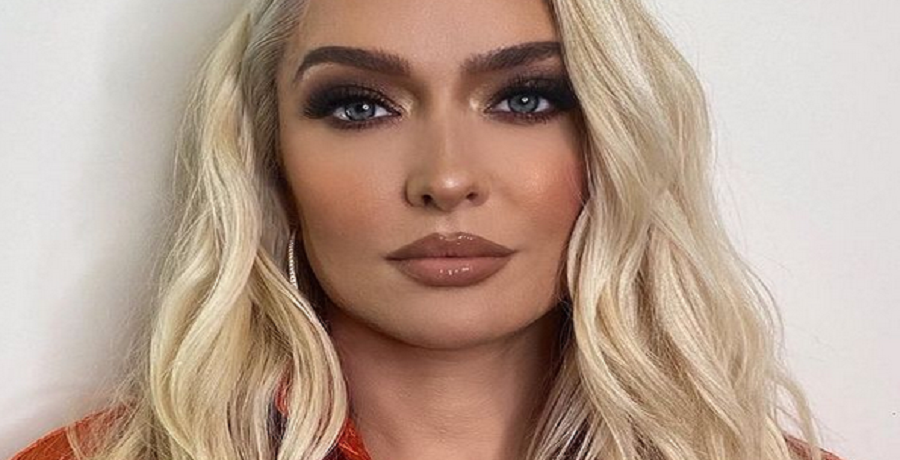 Erika Jayne went off on Thomas Girardi. She claims that he cheated on her. On November 3, The Real Housewives of Beverly Hills star announced that she’s divorcing the legal attorney after nearly 21 years of marriage. At the time, she asked for privacy.

Now, Erika is beating the headlines to the punch. She revealed that her husband had cheated on her. The 49-year-old reality star shared the text messages between the woman and Tom on social media. Fans had a field day over this sudden revelation.

Then, she removed the post from her social media page.

RHOBH star exposes the other woman

Erika Jayne is giving fans the receipts. She took to her Instagram to share the text message conversation between the woman and Tom. “This is Justice Tricia A. Bigelow,” Erika wrote in the caption at the time. “She was f***ing my husband Tom Girardi and he was paying her Saks bill and paying for her plastic surgery.” Erika has since removed the post, but fans were quick to screenshot and share it on social media.

But the text message conversation appears to be on a much older device. The dates listed in the screenshots appear to be from 2011. It’s unclear how long the affair lasted. Rumors swirled that the “XXPEN$IVE” singer and Tom “had an agreement in terms of being with other people.”

However, it doesn’t look like she’s happy about this revelation. An insider told Us Weekly that the Bravo star believed her husband was cheating on her. It’s the very reason why she filed for divorce.

“Erika is really going through it. She’s very strong, but this has been very hard for her emotionally,” the insider said.

In November, Erika said she “decided to end” her marriage to the Hollywood attorney. Following their divorce, Tom made headlines for his ongoing legal troubles. Also, the couple was accused of faking their divorce by class action law firm Edelson PC. The lawsuit alleged that the exes allegedly embezzled funds for families of victims of Lion Air Flight 610.

Another insider told Us Weekly that Erika “was completely unaware” of the allegations made against Tom. He managed the finances in their relationship and that’s how it always worked. The songstress “feels betrayed” because she always trusted him. Now, it looks like Erika doesn’t trust any of his actions.

Since exposing Tom’s text messages, Erika returned to social media. She posted a clip of herself morphed onto Daenerys Stormborn from Game of Thrones. She made it clear that she’s waging war with Tom. And she won’t let anyone get in her way.

What are your thoughts? Do you think Erika will share her side of the story on RHOBH Season 11? Sound off below.

Artem Chigvintsev And Nikki Bella Celebrate Their Son’s First Birthday
Derek Hough Dishes On His Relationship With Hayley Erbert
‘Love Island USA’: Flo Wants To Be The Only Girl On Will’s Lips
‘Y&R’ Spoilers: GAME OVER! Phyllis Blows Tara And Sally Up?
How Many Episodes Are In ‘When Calls The Heart’ Season 9?