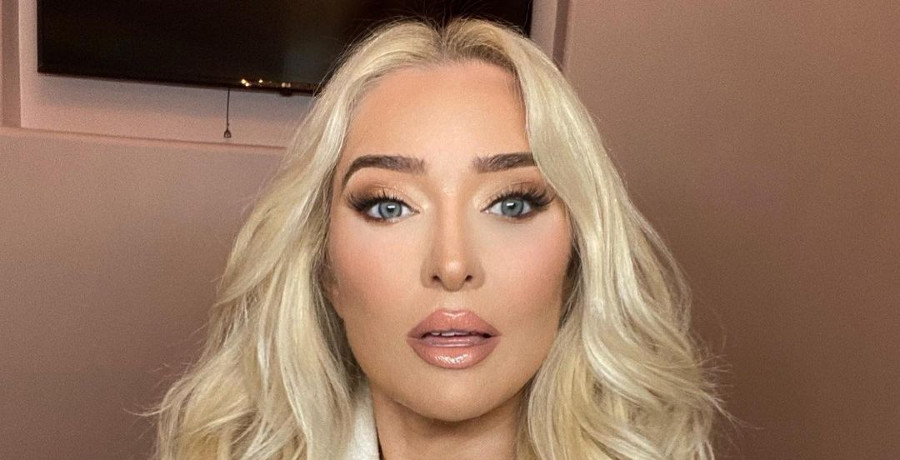 Erika Girardi has kept quiet about her divorce from Thomas Girardi. She asked fans for privacy during this time. But new details keep leaking out about their split. The Pretty Mess author believes that her husband had multiple affairs during their 21-year marriage. According to a source, Erika is citing infidelity as the reason for their sudden divorce.

The Real Housewives of Beverly Hills star announced her divorce from Thomas Girardi on November 3. This came as a shock to fans of the reality star. Most of them didn’t see the signs coming. However, a rumor swirled that a Housewive’s marriage was in trouble.

On Friday, December 18, an insider told People that the Bravo star “wanted to try and save the marriage,” but it hit “a breaking point.” The source said that Tom has allegedly cheated on Erika Girardi on numerous occasions. However, Tom hasn’t responded to People’s requests for comment. While Erika has “known about his infidelity for years,” she “wanted to try and save the marriage.”

The last incident occurred when she was performing on Broadway. At the time, Erika was riding on a high. But Tom wasn’t there for her. Instead, “he left her high and dry and was frolicking around town” instead of showing support, according to the insider. That’s when the Chicago star realized that he never made her a priority in his life.

“The split was a long time coming,” the source continued. “The lawsuit just coincided with her decision to leave him.”

The insider referenced the lawsuit filed earlier this month. According to court documents obtained by People, the couple was accused of using their divorce to embezzle money. Several families involved in the 2018 Boeing plane crash accused Tom Girardi of embezzling funds used to help families of victims on Lion Air Flight 610. The lawsuit claims the couple used the money to fund their “lavish Beverly Hills lifestyles.”

The woman otherwise known as Erika Jayne feels blindsided by Tom. Apparently, RHOBH fans aren’t the only ones who are in shock over the legal drama. Another insider told Us Weekly that the “XXPEN$IVE” singer was not aware of the full story either.

“Erika [Girardi] was completely unaware of the very serious allegation that was being made against Tom in court,” the source told the tabloid. “Tom always handled all of the finances and that was how they handled things. Erika feels betrayed by Tom because she completely trusted him.”

The insider added that while she’s “reeling” from this drama, she “is a tough cookie” and “will get through this.” Class action law firm Edelson PC claimed that Tom and Erika’s divorce was a “sham.” Erika is set to testify in January 2021, while Tom appeared in a virtual hearing back in September.

Erika hasn’t publicly commented on the drama. However, this could provide some context into their divorce. According to Erika’s divorce filing, she’s seeking spousal support and wants Tom to pay her legal fees. Meanwhile, Tom asked the court to reject Erika’s request to award spousal support and asked her to pay his legal fees.