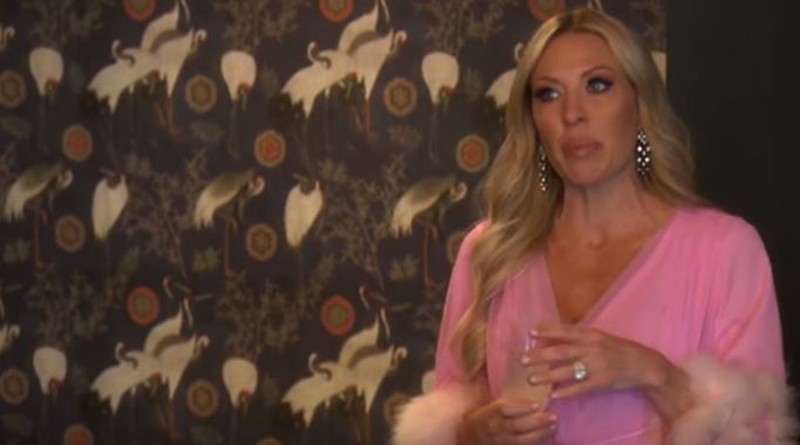 Braunwyn Windham-Burke declared herself gay in early December. Her new girlfriend Kris raised some eyebrows as her husband Sean met her and she hangs with them in the house. Now, Braunwyn got spotted with her new girlfriend at the beach. Real Housewives of Orange County fans can’t believe how young Kris looks.

We reported that Braunwyn and Sean seem very open with their marriage. At one stage, Sean moved out of the house. But then he returned. And, he seemingly harbors no hard feelings that his wife indulges herself with another woman. Many Real Housewives of Orange County fans cheered her as she finally came out and found herself. Plus, many people praise her for addressing her alcohol addiction.

While many people think Braunwyn Windham-Burke brought an incredible amount of drama to the Bravo show for a newcomer, others love her. Well now that she went to the beach and walked hand in hand with Kris, a lot of fans reacted with shock. It turns out that Kris looks young enough to be her own daughter. The Bravo Housewives account on Instagram popped up a photo of them together.

The post that Bravo Housewives shared came with the caption, “Braunwyn spotted with her girlfriend, Kris! #RHOC 🍊.” Many fans reacted badly. Here’s what some of them said about Braunwyn Windham-Burke:

Many other critics of Braunwyn Windham-Burke talked about how her girlfriend Kris looks as young as her own son. People reported that she said that Sean “knows the girl I’m dating.” Well, she wasn’t wrong when she described Kris as a girl, and not a woman, it seems.

One fan sounded quite shocked. They commented, “Is her girlfriend 13??” And in the replies, a lot of people voiced similar thoughts. One of them noted, “is anyone concerned that her gf is like 11!” 😊” Then, someone suggested they thought initially, that the RHOC star stepped out “with her son.”

More than one follower felt that Braunwyn Windham-Burke became a “sugar mama” or even sugar “grandma” to her new sugar baby lover.

Meanwhile, other fans simply slammed Braunwyn for messing with the lives of her own kids. What are your thoughts on how young Kris looks? Sound off in the comments below.