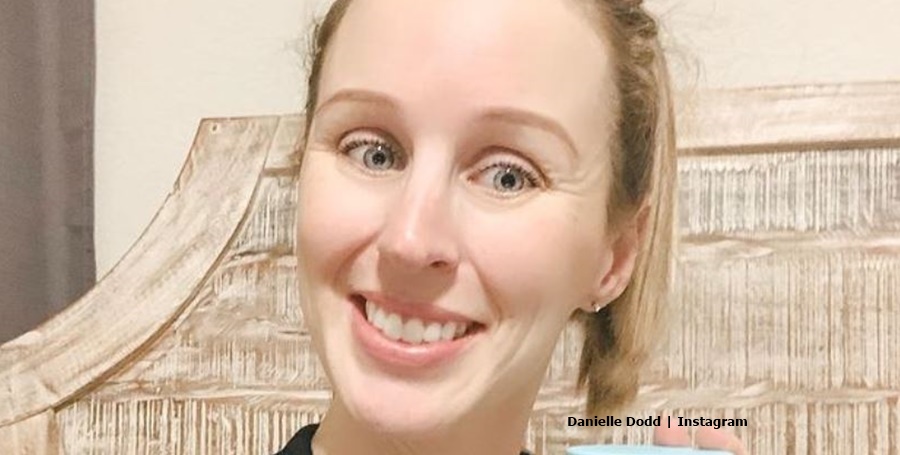 MAFS fans heard in June this year that Danielle and Bobby Dodd expected their second child together. Due in January 2021, their baby arrived in time for Christmas instead. The couple featured in Season 7 of Married at First Sight on Lifetime.

We reported that when Danielle Bergman and Bobby Dodd revealed their pregnancy, they never let on the gender of the child. Perhaps they didn’t know at the time. But, it turns out they welcomed a baby boy. Excited, the parents of daughter Olivia, couldn’t wait for her to have a sibling. January probably seemed light-years away back in June. But they didn’t wait that long as doctors induced Danielle on December 14.

And according to People, they named him Robert. Doctors induced the MAFS star as she suffered from HELLP Syndrome. Now, the MAFS parents sound totally delighted with the Christmas addition. Danielle and Bobby Dodd noted that for now, Olivia stays with her grandparents. So, she never met her little brother yet. Olivia “has no clue that things are about to change! They are exactly 22 months apart and we cannot wait to watch them grow up together,” Danielle said.

What is HELLP Syndrome?

Danielle still remained in the hospital when she spoke with People. And because of HELLP syndrome, the doctor induced the Married At First Sight mom’s baby a few weeks early. According to American Pregnancy Org, the condition’s “thought to be a variant of preeclampsia.” But, sometimes it goes “misdiagnosed.” Symptoms include vomiting, fatigue, headaches and abdominal pain. Apparently, it relates to liver function.

The site noted that the best way for mom and the baby to deal with the condition is to induce the birth if possible. Thankfully, Danielle and Bobby Dodd were aware of her condition. So, baby Robert arrived safely, if a little early. Hopefully, little Olivia soon meets her brother. The MAFS couple welcomed Olivia safely as well, but back then, Danielle also suffered from the condition. So, she felt a bit apprehensive about this baby.

What happened with Danielle and Bobby Dodd on MAFS?

The couple met at the altar the same as the other castmembers on Lifetime in 2018.  She was a software sales account exec and Bobby, a construction project manager. One of the best success stories, they later announced their first pregnancy and seem very happy together. The news about their second child came via Danielle’s Instagram account. Back then, she wrote, “It’s official! Olivia has a baby brother or sister coming January of 2021!!”

Well, it looks like Olivia’s little brother came along just in time for Christmas. Hopefully, more feedback comes from MAFS alums Danielle and Bobby Dodd about how she takes to her little brother.