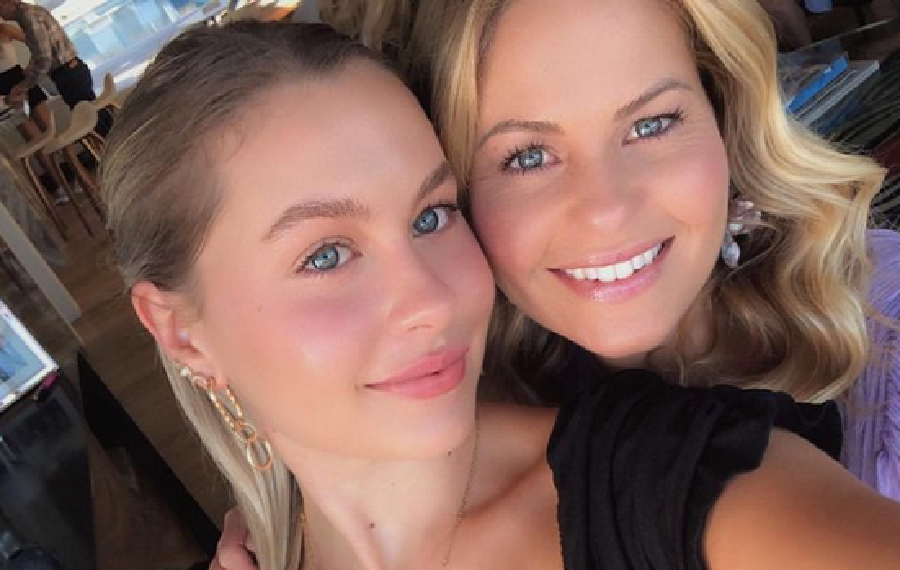 Fans can’t tell Candace Cameron Bure and daughter Natasha apart. Some would say they look more like twins. The mother-daughter duo teamed up for a new dance video. The Hallmark Channel movie queen and her 22-year-old showed off a new choreographed dance on social media.

Fans remarked that it’s hard to tell them apart. It’s clear that Natasha looks just like her mother. What also didn’t help was that they wore matching looks in the video. Candace posted the clip to her Instagram page on Tuesday, December 15.

Check out the incredible dance video below.

TV Shows Ace previously reported that Natasha Bure is very much her own person. She rocked a series of sizzling costumes during Halloween. While she’s grown-up, she’s still her mother’s daughter. Candace Cameron Bure posted this new video of herself alongside her daughter.

The 44-year-old actress shared the short clip on Instagram. She captioned the post: “#Moms with their daughter on TikTok. This is what @natashabure and I do after everyone goes to bed. And by everyone, I mean Val and Boris.”

In the clip, Candace and Natasha dance to later rapper Pop Smoke’s “What You Know About Love.” It was hard to tell them apart. Especially since they executed their dance moves perfectly. The duo rocked thick-rimmed eyeglasses and gray sweatpants. They also both wore their blonde hair in ponytails, playing up their similar features.

Natasha also posted the video on her TikTok page. She captioned the post: “Mama got moves @candacecameronb.” Candace’s Fuller House stars were more impressed with her dance moves.

But Some fans couldn’t believe how much Candace and Natasha look alike. Here are just some of the comments:

It’s not surprising that Candace Cameron Bure can bust a move like no other. She competed on Season 18 of Dancing With the Stars. Even the show’s pro dancer, Val Chmerkovskiy, congratulated Candace with the clapping emoji and comment: “I love you guys.”

Natasha responded, “You actually killed this” with the fire emoji. Candace responded with a “thank you baby” and a clapping emoji. But then she followed up with a blooper real of her trying to learn the dance moves. As you can see, Candace was a little rusty at first.

“Trying to learn the TikTok that I posted before this is a whole other story It’s the knife for me… @natashabure,” she wrote along with the laughing emoji.

Candace has three children with her husband, Valeri Bure – Natasha, 22, Lev, 202, and Maksim, 18. Candace and Natasha have an incredibly strong bond, especially since she’s the only girl in the family. TV Shows Ace previously reported that Candace is very open with her family about intimacy. She makes sure it’s an everyday conversation.

What are your thoughts on Candace and Natasha’s video? Did they have you seeing double too? Sound off below.