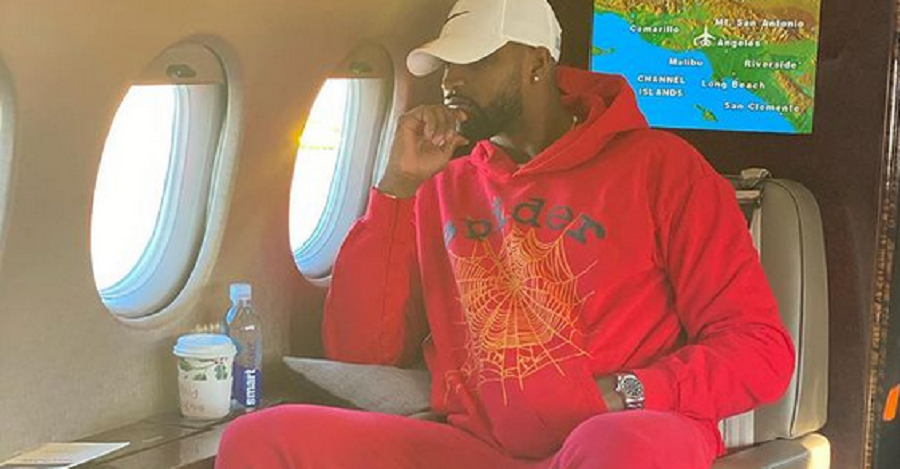 Tristan Thompson was spotted with a mystery woman. This comes after his big move to Boston. As fans know, the NBA star scored a deal with the Boston Celtics. That found him packing his bags and leaving his family behind.

Khloe is staying behind in California with their two-year-old daughter, True Thompson. Meanwhile, Tristan was spotted on a dinner date with a mystery woman. While the blonde did look like Khloe, she clearly wasn’t her, according to photos obtained by the Daily Mail. Should the KUWTK star be concerned about her man?

An eyewitness spotted the athlete dining at Zuma, a restaurant located at Boston’s Four Seasons Hotel. On Sunday, December 13, Tristan Thompson was spotted dining with a mysterious blonde woman. He wore a sweatshirt while she had her hair in a bun and wore gray sweats. TMZ identified the woman as Julia, who is a real estate agent who’s helping Tristan find a new home in the area.

Before TMZ’s report, the Daily Mail claimed she was Tristant’s personal assistant. The insider also shared the details of their dinner date.

“I spoke to him and welcomed him to Boston,” Tristan’s fellow diner told Daily Mail. “It was just him and the girl at dinner.”

Meanwhile, an insider told In Touch that Tristan and the woman just “seem like friends,” nothing more. As for Khloe, she’s currently in Malibu with her sister Kim Kardashian. This comes amid their family trip to Lake Tahoe. Last month, Tristan signed a $19 million contract with the Massachusetts team after playing with the Cleveland Cavaliers for nine years.

TV Shows Ace reported that Khloe and True received a gift basket welcoming them to “the team” earlier this month. The couple has been through their share of ups and downs in their relationship. Khloe has been through multiple cheating scandals with Tristan. However, their relationship took a romantic turn earlier this year while quarantining during the coronavirus pandemic.

Can she trust Tristan Thompson?

Khloe Kardashian and True will remain in California for now. An insider told Life & Style that the couple “will continue to co-parent” their daughter. But Khloe will stay “based in L.A. For now.” She wants to see if he remains on his best behavior.

“If things go well with Tristan – and he doesn’t stray again – she’ll definitely consider [living] there in the future,” the insider told the magazine. “For her to uproot, she has to fully trust him again.”

Another source told ET Online that Tristan’s move to Beantown has been “a difficult pillow to swallow for Khloe.” She feels that their relationship was doing so well. While she’s “going through it,” the reality star will “keep her head up and stay positive.”

While the couple appeared cozy, they’re not romantically involved. Khloe probably doesn’t want to get involved in another tabloid mess. She also hasn’t responded to the photos. Instead of posting cryptic quotes, she continues to show support on his Instagram page.