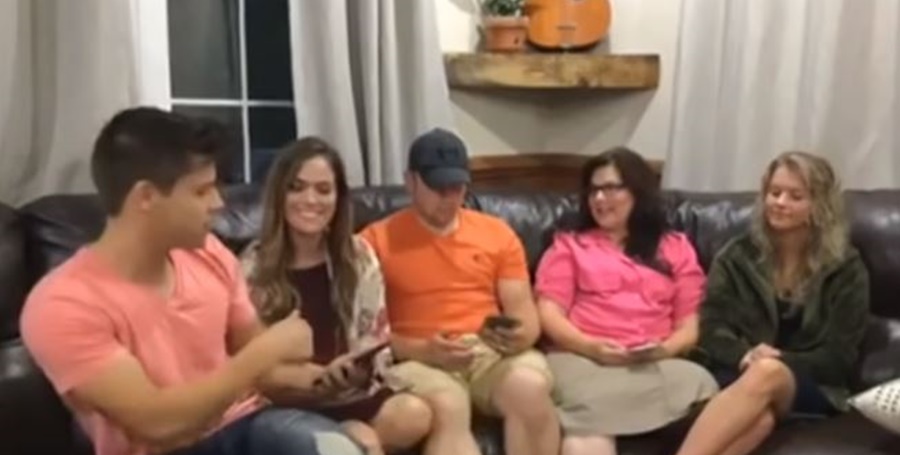 Zach and Whitney Bates expect another baby in June next year. The Bringing Up Bates couple already raises three kids, Khloé Eileen, Kaci Lynn, and Bradley Gilvin. A family of six seems quite big these days. But they married a while back. They just celebrated their 7th wedding anniversary.

We reported that when the UPtv stars revealed they expect another baby, news emerged that they tested positive for COVID-19. So, many people sent in their best wishes and hope they recover. Well, it seems that they got over the virus and hopefully, the baby’s okay. The kids love the idea of another sibling and already they tried guessing the gender of the newcomer.

People noted that fans feel some concern about Zach & Whitney Bates as they previously experienced a miscarriage. Back in 2018, Bringing Up Bates covered the emotional time for the devoted parents. The news about the loss of the baby came soon after their wedding vow renewal. If you’re not sure which Zach Bates, he’s the oldest of the 19 siblings in the Bates family.

Distractify reminded readers that Zach and Whitney married in 2013. But, she and her parents had some issues. So, she wanted a second vow renewal so they could take part in it. Recall, for some reason, she was taken away from the family and stayed with an adoptive set of parents. But that’s all after under the bridge now. Now, the Bates family shared about their 7th anniversary on Instagram.

In a sweet post, the Batesfam account wrote, “Happy 7th Anniversary to two of my favorite people to spend time with!” Plus, they added about Zach & Whitney Bates, “Y’all make me laugh and cry and everything in between!” Zach makes them all listen with great “ideas… wisdom, and faith.” Meanwhile, the post continued, “Whitney, I love to watch your thoughtfulness of others.”

Joy and closeness for Zach & Whitney

Whitney also loves her family and “Zach is a big old mushy teddy bear around [her].” The sweet message also talked about “fun, romantic, and delightful!” Finally, the post wished them “joy and closeness!” Of course, Bringing Up Bates fans reacted to the post. The family show remains highly popular and gained many followers.

One fan commented about Zach and Whitney Bates, “Congrats to the both of you! Beautiful couple.” And another one noted, “we love you.”  Plenty of other fans sent in their best congratulations for their 7th wedding anniversary. Then one follower wrote, “Is it already another year gone by and time to celebrate…you two are so lucky to have found each other. Love and…keep loving each other…🙏.”

Others also sent in their thoughts and prayers for the baby that comes next year.