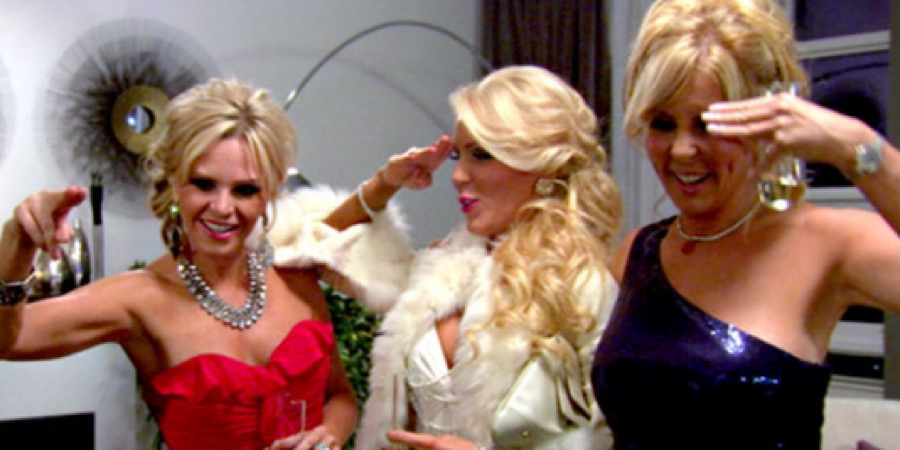 Last week, RHOC newbie, Elizabeth Varagas announced her new vodka line. Vargas Vodkas is set to hit shelves December 20th. Elizabeth is not the first (and won’t be the last) housewife to venture into the alcohol business. Let’s take a look back at all the Bravo Housewives who tried to become liquor moguls.

Taking Shots With the Housewives of the OC

Since we started with Vargas, let’s look at the other women in the 15 seasons who’ve gone the way of alcohol. OG Vicki Gunvalson and Tamra Judge had Wine By Wives. Introduced in Season 7, it’s a subscription wine club.

Heather Dubrow introduced her champagne (MÈTHOD CHAMPENOISE) called Collette on the show. It appears to no be longer available for purchase. Hopefully, Vargas will have more success.

Margaritas In the Big Apple

The Real Housewives of New York stars love their cocktails. The franchise is now synonymous with OG Bethenny Frankel, and her Skinnygirl empire. She had no money when she started on the series. Frankel was a natural food chef but had the Skinnygirl margarita, which took off like wildfire. She is now a multimillionaire with an expansive brand.

Following her is fellow OG, Ramona Singer. She developed Ramona Pinot Grigio. It is unavailable to purchase literally anywhere.

Sonja Morgan decided to launch TipsyGirl Prosecco. After a feud with Bethenny over the name, it never came to fruition. One good apple out of the bunch.

Rosé All Day In Beverly Hills

Beverly Hills ladies also love their cocktails. Lisa Vanderpump was a restaurateur from the beginning. It would only make sense she would launch Vanderpump Rosé. She shares it with her family.

And former Housewife Adrienne Maloof is involved in a liquor company.

Teresa Giudice loves to cook. Fabellini is a peach sparkling wine with an emphasis on health. It is still available for purchase if you want to try it.

RHOSLC, the newest franchise, should have no alcohol. It supposed to be Mormon central. But, Lisa Barlow and her husband are actually the owners of a tequila company. They may own Vida Tequila but it does not sway them from their values: “Even though [Lisa and John’s] business is alcohol, the couple respects the Mormon church.” It’s been over a ten years since the Barlows have been in business, so why stop now?

Have you tried any of these liquors? If so, which one is your favorite? Any that you did not know about or have forgotten? Let us know and best of luck to Elizabeth Vargas!

Does Ivy Seewald Have A Future On ‘American Idol?’
What Has ‘Sister Wives’ Star Janelle Learned From Kody’s Other Wives?
What Did Jackson Roloff Do That Made Tori Bawl?
Colton Underwood Reveals Details About Netflix Show In New Interview
Astrid Loch Of ‘BIP’ Shared The Good, Bad, & Ugly Of IVF