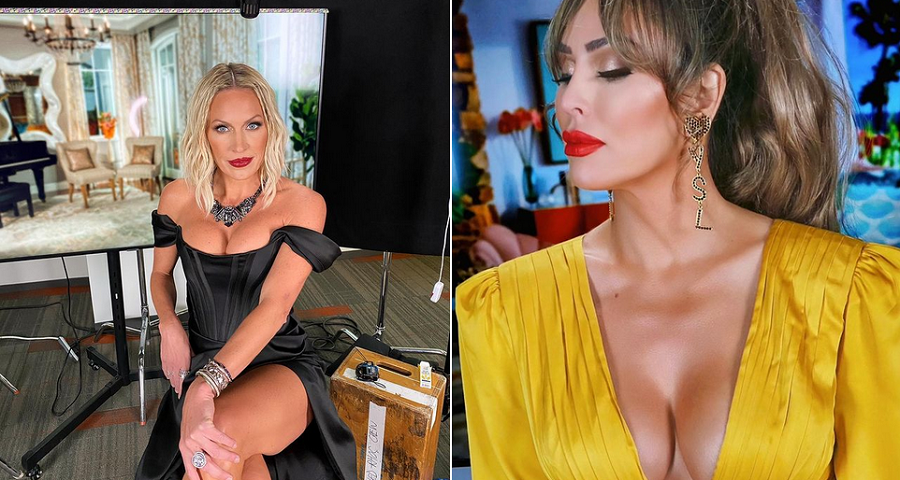 Braunwyn Windham-Burke denies Kelly Dodd’s 5150 claims. She didn’t like seeing that her Real Housewives of Orange County co-star was still spreading lies about her. Instead of fighting back, however, Braunwyn stressed the importance of mental health. As fans know, Braunwyn and Kelly aren’t exactly getting along this season.

Kelly claimed on Twitter that Braunwyn was under a 5150 hold. She has since deleted her tweets. On Tuesday morning, December 15, Braunwyn decided to clear up the rumors. She slammed her RHOC co-star for her lies and questioned Bravo’s decision to keep Kelly.

Braunwyn Windham-Burke is promoting mental health awareness. But she’s denying Kelly’s claims that she was placed under a 5150 psychiatric hold. The 43-year-old spoke out in a video posted to her Instagram Story.

“Good morning. So once again, I’m waking up, reading some stuff and honestly, there’s certain people I work with that I’m shocked how much they get away with,” Braunwyn said in the clip. “How many lies they’re allowed to tell – how it seems like nothing really happens.”

Braunwyn said she has “never been on a 5150 hold.” Then, she called out Kelly on her constant lies. While Braunwyn also stated that “5150 holds are good for people who need them.” However, she sees no “shame in mental health issues.” She wants to shine a positive light on mental health.

According to the Orange County Health Care Agency, a 5150 hold is for adults who suffer a serious mental health problem are are “involuntarily detained for a 72-hour psychiatric hospitalization when evaluated to be a danger to others, or to himself or herself, or gravely disabled.”

In her video, Braunwyn said she’s holding Zoom calls to discuss mental health and offer support to those who need it. As for Kelly, she’s not backing down on her clues. She tweeted and then deleted a reference to Real Housewives of Beverly Hills star Taylor Armstrong’s late husband, Russell Armstrong.

“Haven’t they learned anything from Taylor Armstrong’s late husband?” Kelly tweeted at the time. “Clean up your own house. Get help. Stop blaming others.”

Russell Armstrong died via suicide on August 15, 2011, one month after Taylor filed for divorce. She claimed that he fractured her orbital floor. The RHOBH alum needed reconstructive surgery on her right eye. Russell was allegedly concerned over how Bravo portrayed him on the reality show, which ultimately led to his suicide. Taylor left the show after Season 3.

Why Braunwyn Windham-Burke is feuding with Kelly

Kelly Dodd and Braunwyn Windham-Burke have been making headlines for their feud. Kelly accused Braunwyn of faking her sobriety for a storyline. In the first episode of The Real Housewives of Orange County Season 15, Braunwyn revealed that she’s an alcoholic.

In the most recent episode, she admitted to physically abusing her husband, Sean Burke. Earlier this month, she came out as a lesbian and shared a photo of her girlfriend on Instagram. Braunwyn hasn’t been on good terms with any of her co-stars.

She previously told fans that Tamra Judge “has been the only person from RHOC that has been there” for her. Braunwyn shared her struggles with Tamra, who kept it to herself. In the meantime, she’s staying married to Sean, who has supported her throughout her journey.