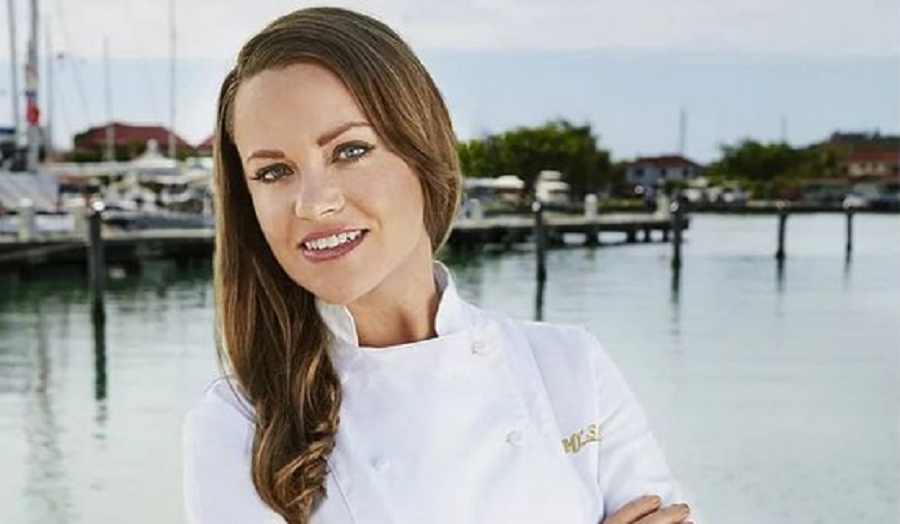 Chef Rachel Hargrove from Below Deck Season 8 claims she knew about coronavirus before she even boarded My Seanna. On Monday night’s episode, the chef has a meltdown about missing her boyfriend in Italy. In one scene, he informs her about the COVID-19 outbreak. He informs her that his city is in lockdown and she appears concerned.

It’s bad enough that Chef Rachel misses him and can’t deal with her work. Now, she has a global pandemic to deal with. While she has a tough exterior, she also breaks down after their conversation. Now, she’s accusing producers of continuing to film amid the pandemic.

The news season returned to the Caribbean for the first time since Season 5. However, the timing of events makes this show feel very 2020. All of the events taking place during the season will occur before the coronavirus outbreak. As per Yahoo! Life, the Diamond Princess had to quarantine in Japan after several passengers tested positive for the virus.

The report claims that filming for Below Deck ended in March. However, Chef Rachel Hargrove shares a different story. On Monday night, December 14, she took to social media to share her experience with filming during a global outbreak. She claims that producers wanted to continue filming.

The Below Deck Season 8 chef took to Twitter to share the production’s response to the pandemic. Chef Rachel was informed that COVID-19 was more intense than what the American-based crew realized. She lived in Italy where the virus was taken more seriously. But she had to leave the country to join the show.

“When covid actually hit,” she tweeted alongside a link that shows the timeline of ECDC’s response to the outbreak.

“The signs were there… but we kept filming,” she followed up with another link. The source revealed the first cases of coronavirus in the European region dated back to late 2019.

Then, Rachel followed up with another post on her Facebook page. She claimed that Bravo “Production would not stop during covid. Until the last minute.” Then, she included a timeline of events that detailed the coronavirus outbreak.

Did production ever shut down filming?

Below Deck Season 8 reportedly stopped filming early due to the coronavirus pandemic. But it’s unclear how long it took for production to take it seriously. Earlier this year, Captain Lee Rosbach shared that he returned home to Fort Lauderdale, Florida. However, Lee and Bravo never confirmed if filming stopped early.

“They’re wrapping early and flying everyone home,” an insider told Page Six at the time. “There were a few more [yacht] charters that they were supposed to film that it doesn’t appear that they’ll get to.”

Even with the shortened season, the source added that the show won’t be impacted. It will still be packed with plenty of drama. In February, a Below Deck production boat sunk during filming as a result of Hurricane Ima. Thankfully, no one was injured.

Nanny Faye Has Chase Chrisley Blushing With The Junk In Her Trunk
‘Bachelor In Paradise’ Cast Evacuated Due To A Tropical Storm
‘RHOBH’: Camille Grammer Spills Details On Erika Jayne’s Legal Troubles
Duggar Family Hits The Road Amid Josh’s Latest Scandal
‘Deadliest Catch’ Exclusive: The Worst Is Yet To Come In Nail-biting Season 17 Finale