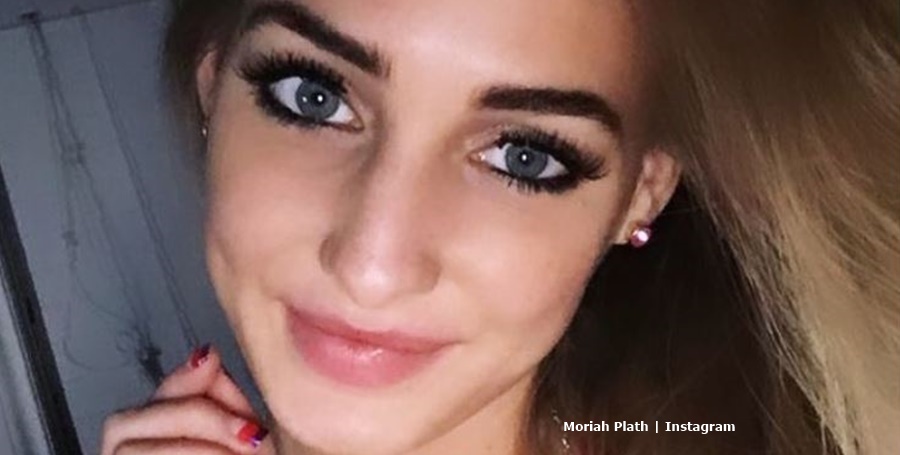 Moriah Plath’s boyfriend Max Kallschmidt appeared on Welcome to Plathville. However, the relationship was short-lived and they split. Since then, both of them shared on social media about the split and where they stand. Now, the TLC star spoke out a bit more about their relationship.

Moriah Plath of Welcome to Plathville talks more about Max

Moriah, as far as TLC fans know, never had a boyfriend before Max. Recall, he took her motorbike riding, which displeased Kim Plath. Actually, some fans thought that Max should feel lucky he got away. After all, it seems Kim hates all her kids date. Just look at how she hated Olivia, who married her eldest son, Ethan.

We reported that in early December after Moriah Plath broke the news about the split, Max seemed hurt and unhappy. But, he noted they try and “remain friends.” Well, that echoes Moriah’s first post about it. She also wants to remain friends. But, the Welcome to Plathville star claimed that Max broke up with her. Whoever broke up with who seems a moot point now. They split, and seem unlikely to rekindle their romance.

On December 10, Moriah took to her Instagram again. Once again, she spoke about Max. In the post, she shared a photo of them standing together. She noted that she met Max a year ago. So, it’s some sort of anniversary even though they broke up inside of one year. Her caption read, “Who would’ve thought… one year ago today I met someone who would have a huge impact on my life and end up being my very best friend, thank you @maxkall2.0 for continuing to be my friend⚓️.”

Well, Moriah Plath keeps referring to Max. In fact, the post brings the fourth time in a row that she talked about him. Clearly, he made a huge impact on her life. In fact, Moriah probably treasures their time together for the rest of her life. Lifehack.org notes that even when relationships don’t work out, that first love remains precious. The website says, “for those who didn’t remain with their first love for the rest of their lives, the ending of that relationship was likely very painful, regardless of who initiated the end or whether it was amicable.”

However, people like Welcome to Plathville star Moriah Plath won’t ever forget the first “magical moments’ of falling in love for the first time.

Is it all really over between Max and Moriah?

Interestingly, the last four posts that Max shared also mentioned Moriah. It certainly seems that these two didn’t wash their hands and walk away from each other for eternity. Who knows, maybe one day they become a couple again.

What do you think about Max and Moriah Plath sharing about each other all the time? Do you think they might start dating again one day? Sound off in the comments below.

Jinger Vuolo’s New Post Has Fans Worried About Her Kids: ‘Are They Ok?’
Could Hallmark, Lifetime Christmas Movies Be Canceled Due To Hollywood Strike?
Jeremiah Duggar, Rumored GF Hannah Wissmann Are All Smiles In Deleted Photo
Matt James Reveals Intense Pressure To Choose Black Woman
Netflix Movie ‘The Killer’ With Michael Fassbender: What We Know So Far