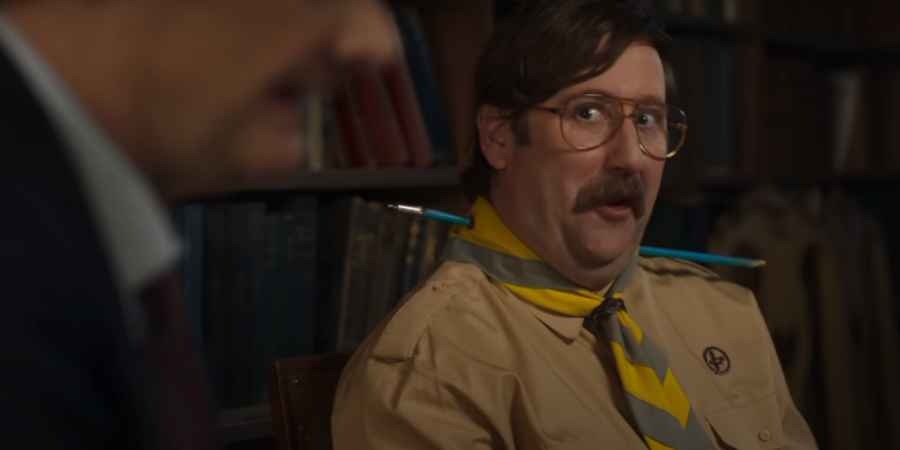 Who knew that ghosts can be funny? Basically, anyone that has watched the hit BBC sitcom, Ghosts. Now, CBS is working on a pilot for a US remake of the series. Originally, production was to start on the pilot in February but was delayed by the pandemic.

Pilot for US version of Ghosts

Starring in the American pilot is Rose McIver (I, Zombie) and Utkarash Ambudkar. They play the roles of a 20-something couple who inherit a country mansion. However, when they move in, they discover the mansion is full of ghouls and spooks from various periods of history.

The rest of the cast includes Asher Grodman, Richie Moriarty, Danielle Pinnock, Roman Zaragoza and Sheila Carrasco. Fellow co-stars include Brandon Scott Jones and Rebecca Wisocky. Writers for the pilot are Joe Port and Joe Wiseman. The series is a co-production between BBC Studios, Lionsgate Television and CBS studios.

In the show, Grodman plays Trevor, a financier who died in the late 90s. He reportedly had a “sick” life while partying at a “high level.” Trevor is used to limos, Hamptons parties with B-list celebrities and bottle service. He finds it very frustrating that his fellow ghostly roommates don’t understand how awesome his life was. Trevor now hangs around for eternity, wearing no pants.

Carrasco plays Flower, a hippie from the 60s era, who died on the property while attending a nearby music festival. Under the influence, she tried to befriend a bear but found her end instead. Flower is a philosophic type who loves love and hates rude people.

Pinnock is in the role of Alberta, a Prohibition-era lounge singer. She tends to be a bit of a diva, having dated a bootlegger and has reportedly “seen it all.” However, despite being tough, she has a maternal streak and often plays a protective den mother to her fellow ghosts.

Moriarty plays Pete, a scout troop leader from the 80s. He is sincere, kind and earnest and acts as the activities director for the house. Pete loves organizing games, lectures and other events for his fellow spooks to help stave off boredom. Regrettably, it was when he was teaching archery to his son’s scout group that one of the scouts accidentally shot him with an arrow through his neck. An image of the BBC version of Pete is included at the top. However, he is likely to be the only ghostly character carried over from the original show.

Last but not least, we have Zaragoza in the role of Sasappis.  His character is droll and sarcastic. The fact that he is trapped in a never-ending in-between world is bad enough, but his company makes the situation even worse.

About the pilot for Ghosts

Executive producers for the pilot are Wiseman and Port. Other members of the crew include Jim Howick, Mathew Baynton, Simon Farnaby, Laurence Rickard and Ben Willbond. Martha Howe-Douglas, Debra Hayward, Alison Carpenter, Alison Owen and Angie Stephensen are also on the crew.

As noted by Bleeding Cool, there is no guarantee that an American remake of a hit British sitcom will be good. However, it does sound a lot of fun. In the meantime, US viewers can stream the original two seasons of Ghosts on HBO Max.