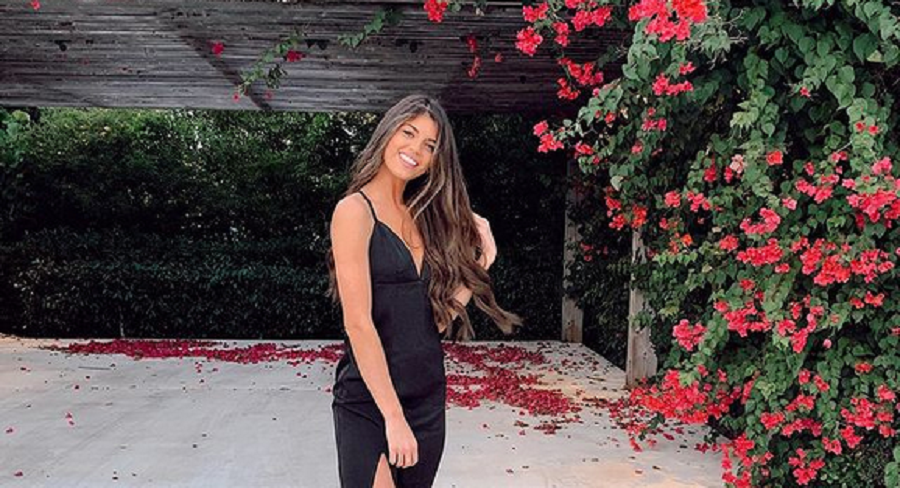 Madison Prewett isn’t sure whether she would return to another Bachelor Nation show. The 24-year-old Alabama native tried out for Peter Weber’s season of The Bachelor. The show ended back in March. Since then, Madison has been focusing on herself after their split.

The couple briefly reconciled after his split from Hannah Ann Sluss. While Madison has been the center of romance rumors, she’s putting her own happiness first. But it’s not all about her. It’s also about her relationship with God, which would also affect her future on Bachelor in Paradise.

The former Bachelor contestant can’t make up her mind about returning to the Bachelor spinoff series. She spoke exclusively to Us Weekly while promoting her partnership with the Christian humanitarian organization World Vision. Obviously, her faith is important to her. So, she would weigh her options about Bachelor in Paradise.

The ongoing coronavirus pandemic halted a new season of Bachelor in Paradise. If filming were to resume, Madison would pursue “anything Bachelor-related.” However, she would follow the same rules that she did on The Bachelor. As fans remember, she stuck to her vow and hoped Peter would as well.

“Anytime there’s any opportunity that’s presented to me – especially a big one like that, [I’m] really taking the time to pray about it and talk to my family about it before I make any big decisions and then kind of going from there,” she explained. “That’s kind of my mindset behind it.”

Instead, Madison would rather take “it [one] day at a time” and shift her focus on “what I have right here and right now.” She admits she went through “a lot of highs and lows” on her Bachelor journey. But she’s “grateful” for the challenges she faced. It allowed her to learn more about herself.

Madison Prewett revealed that there were “definitely some really hard moments” that she can’t ignore. But she felt like she “learned a lot” from those moments.

“I feel like I grew a lot and I am who I am today because of all the things that I’ve walked through,” Madison added.

As for Peter and his new girlfriend, Kelley Flanagan, she wishes the couple “the best” after their awkward fallout. She told Us Weekly that she hasn’t talked to them in a while. But she does catch up with them on social media, or as she says “afar.” And Madison exclaimed that both Peter and Kelley “seem so happy and so in love.”

Nowadays, she’s focused on being a Christian influencer. She recently teamed up with World Vision to “give a gift and change a life” for those in need. Madison exclaimed that she loves the holiday season. The college grad says there’s a lot to “celebrate” and to find “meaning behind the season.”

What are your thoughts? Would you want Madison on Bachelor in Paradise? Sound off below.

‘Yowamushi Pedal’ Season 2 Release Date Confirmed: Sooner Than Expected
Was Kim Kardashian Really Under That Mask? Some Don’t Think So
‘Below Deck Med’: Captain Sandy Didn’t Know The Whole Story About Lexi
‘Save My Skin’ Season 3: TLC Release Date, What We Know So Far
Moriah Plath Sticks It To Her Strict Parents With New Instagram Photo