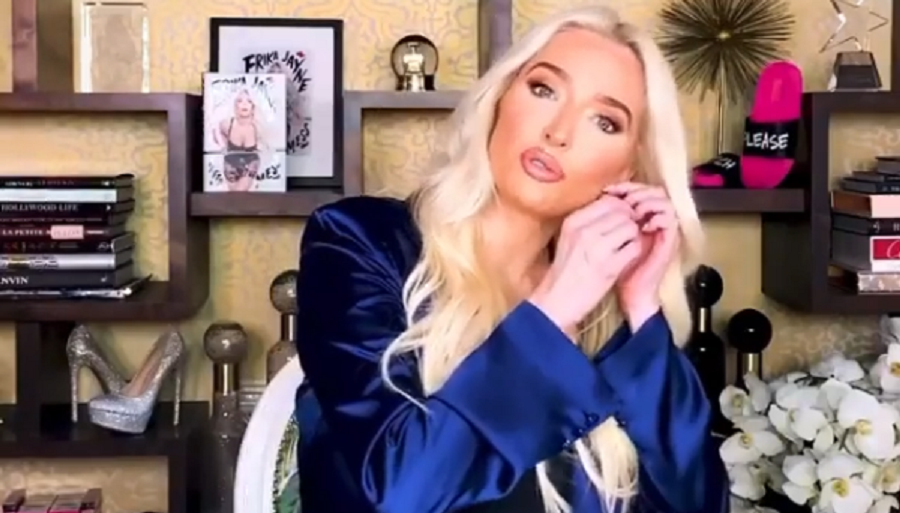 Erika Jayne and Thomas Girardi’s divorce drama continues. The RHOBH star’s husband just filed his response to their ongoing divorce battle. Not only does he not want to pay spousal support, but he also does not want to pay her attorney’s fees. Back in November, Erika announced her divorce after 21 years of marriage.

The Real Housewives of Beverly Hills star and her celebrity attorney cited irreconcilable differences as the reason behind their divorce. In the new legal documents, Thomas claims that he doesn’t have the opportunity to identify his property. This includes the community property that he and Erika need to divide. But one thing is clear, he doesn’t end on paying monthly support.

The Blast obtained the latest legal documents on Thursday, December 9. Thomas Girardi filed a response amid his divorce to Erika Jayne. He made it clear that he has no intention on paying spousal support. He also says that his ex-wife should take care of her own financial needs.

The couple announced their separation back in November. Erika was the one who decided to end their long-term marriage. In her filing, she asked for spousal support. Also, she wants Tom to pay her attorney’s fees. The only thing the couple has agreed on is the date of their separation, which is undetermined.

This latest development comes amid a legal disaster. Erika Jayne and Thomas Girardi made headlines in the past few days. The couple is being sued over allegations they used their divorce to embezzle lawsuit money meant for family members of victims of an airplane crash. The lawsuit came just weeks after the divorce filing.

In the legal documents, the couple allegedly used the money to fund their lavish lifestyles. Erika reacted to the news on social media. She called it “High drama.” But it’s unclear whether she was referring to the legal issues or the new season of RHOBH. As TV Shows Ace previously reported, fans have been roasting Erika on social media over the news.

It’s unclear whether the divorce is for real. The couple is accused of using their divorce as a sham so they can get more money. They money allegedly embezzled came from a settlement fund set up for Lion Air Flight 610 victims. The case is ongoing, reports Page Six.

It’s also unclear whether the couple has a prenuptial agreement. Erika proudly revealed before that she they did not agree to one. But that could have changed. If the couple continues to fight in court, their attorney fees could cost them millions of dollars. Also, this could make for an interesting storyline for Season 11 of The Real Housewives of Beverly Hills.

What are your thoughts? Do you think there’s some truth to Erika and Thomas’s divorce? Sound off below.