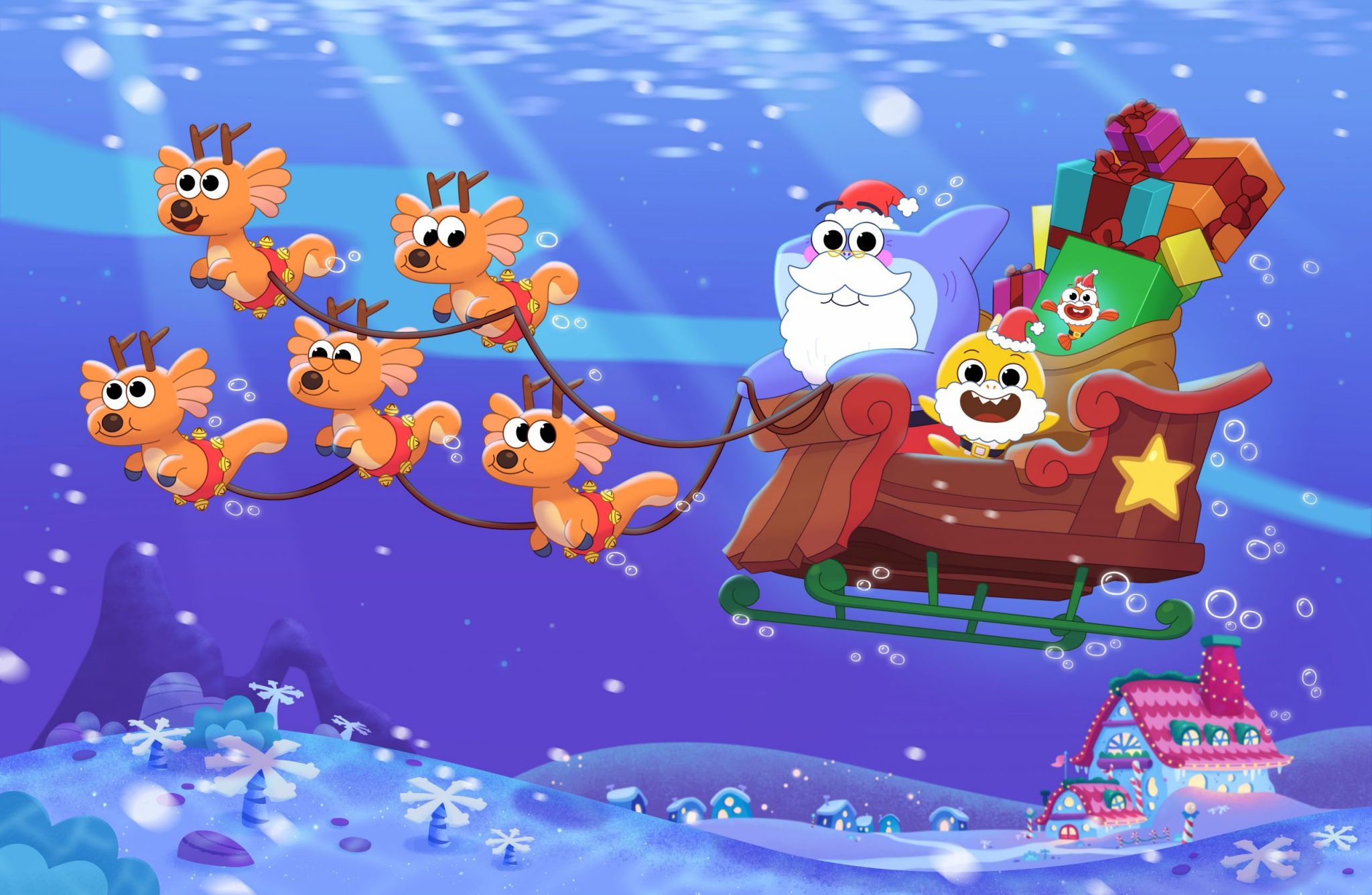 Just when you thought it was safe to go back into the water, the Baby Shark song is back.  Nickelodeon’s Baby Shark’s Big Fishmas Special comes swimming fins up right at you this Friday, and if you have the age appropriate child who swims with these fishes, you need to prepare yourself.

Preschoolers can dive right into the holiday season with Nickelodeon’s Baby Shark’s Big Fishmas Special, and the series debut of the brand-new animated series Baby Shark’s Big Show!, based on the world-famous pop song that is more insidious than the Chili’s Baby Back Baby Back commercial or Whoomp, There It Is.

You can thank a Boise kiddo named Hope Segoine for helping to make this the never ending parental curse of Stuckinthebrain-itis.

In the festive new episode, the season’s hottest toy—Burpin’ Bubbz—is at the top of Baby Shark and William’s Fishmas wish lists, and when Santa Jaws goes missing, it’s up to them to save the holiday.

Baby Shark’s Big Fishmas Special is part of Nickelodeon’s “Nickmas” holiday-themed lineup which features joyous premieres and specials from the network’s live-action, animation and preschool series, including all-new episodes of hit series Blue’s Clues & You!, The Casagrandes, Danger Force, All That and more, plus classic fan-favorite holiday episodes of Rugrats, PAW Patrol, SpongeBob SquarePants and The Loud House.

Co-produced by Nickelodeon Animation Studio and SmartStudy, the global entertainment company behind Pinkfong, the 2D-animated series (26 half-hour episodes), will follow Baby Shark and his best friend William as they journey on fun-filled comedic adventures in their community of Carnivore Cove, meet new friends and sing original catchy tunes along the way.

To prepare for the Baby Shark Attack

You are going to need alcohol. I’m sorry, but it’s true.

And maybe combined with ice cream so it is cleverly disguised, and no one is the wiser or asking too many uncomfortable questions.

We discovered that Tipsy Scoop has holiday-centric Champagne-infused ice creams, plus cookies and whiskey cocktail kits, and a fun ‘hangover cure trio’, just in time for this TV spectacular and of course, New Year’s Eve.

They just released Tipsy Scoop’s G.H. Mumm ‘Bubbles & Berries’ Champagne Ice Cream ($49.00/4-pint pack) which full disclosure we have not tried yet but we know ice cream (gets a big thumbs up alldatime) and we know we love G.H. Mumm champagne… so what is the issue here?

Well there you have it, Baby Shark just became a total party.

Entrepreneur Melissa Tavss is also a mom too, and she feels me as I write this tune-in and warning about the impending Baby Shark attack this Friday. She also released her first ever cookbook, Tipsy Scoop Latest and Greatest Recipes, to share both secret recipes and teach readers how to create highly photogenic desserts.

Additionally, the special will be available on Nick Jr. On Demand and Download-To-Own services, as well as NickJr.com and the Nick Jr. App,