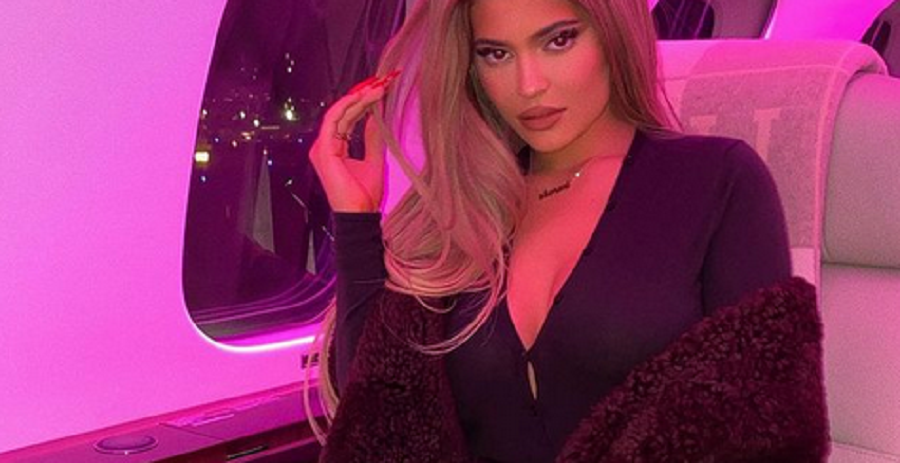 Kylie Jenner is getting wet and wild. The Keeping Up With the Kardashians star shared even more photos from her snow-filled vacation. As TV Shows Ace previously revealed, Kylie put on a busty display in the snow on Instagram. The Kardashian-Jenner clan took a trip to Lake Tahoe and shared photos from their respective Instagram pages.

The Kylie Cosmetics founder got sexy in the snow. That hasn’t stopped her from posting photos. On Sunday, December 6, the 23-year-old posted a series of photos on Instagram in an animal print bodysuit. She also polled her fans on what she should do with her hair next.

The reality star is a blonde bombshell. So, should she go back to her roots?

On Saturday, December 5, Kylie Jenner took to Instagram to post a new selfie. In the photo, she showed off her blonde locks and signature pout. The reality star also wore a black shirt left unzipped to reveal her cleavage. In the caption, Kylie asked her fans “what hair color should i do next?” Her hair appeared wet as if she just got out of the shower.

That photo alone received over 5 million likes and over 37,000 comments. Fans have various answers. “Grey!!!!” one fan wrote. The comment received over 2,000 likes. A second fan responded: “Purple💜.” It looks like those two responses are the most popular.

Kylie Jenner channeled her inner wild animal once again after her Kylie Cosmetics campaign. She shared a series of photos that show her wearing a skintight animal bodysuit. The E! star put her famous curves on display. In the series of photos, Kylie posed in the snow outside her vacation home in Lake Tahoe.

As you can see, she’s covered head-to-toe in animal print. She’s even wearing matching animal print gloves and a puffer coat. But all of her curves are on display in the snow-filled photoshoot, and fans are loving it. Kylie is hoping to melt those winter blues away with her steamy photos.

One joked that she looked like Tiger King star Carole Baskin. In one of the photos, Kylie turned to the side and showed off her round behind. The family has been enjoying their snowy vacation for the holiday season. It’s unclear if they have plans to celebrate Christmas there.

What are your thoughts on Kylie’s hot new photos? What color do you think she should dye her hair next? Sound off below.