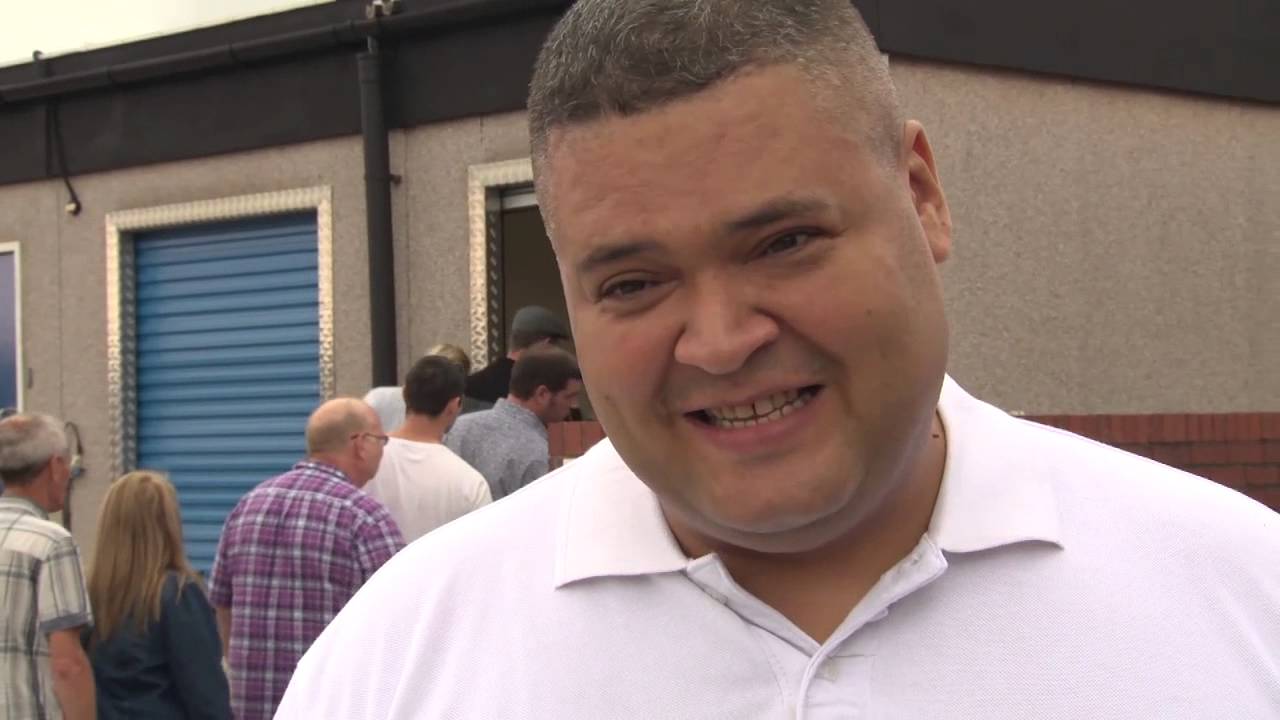 Sad news for Storage Hunters and Celebrity Big Brother fans as Heavy D aka Colin Newell has passed away. News of the reality TV star’s death first started to make rounds on social media. His agent later confirmed the death rumors on social media were true.

Heavy D aka Colin Newell was found dead after seemingly disappearing. The outlet notes friends and family realized no one had seen or heard from him in several days. The reality TV star was 47 years old at the time of his death.

It appears as if cause of death has not been confirmed just yet. Though, his family suspect he died of a COVID-19 related death. An examination of his body to determine the exact cause of death will take place in a few days.

Colin Newell rose to fame on the U.K. version of Storage Wars

Heavy D rose to fame after appearing on the U.K. version of Storage Wars called Storage Hunters. He quickly made a name for himself and became known for his catchphrase “Boom!” Heavy D would shout his catchphrase after sealing the deal with a bid on the show.

He later took part on the 18th series of Celebrity Big Brother back in 2016. Unfortunately, Heavy D did not last for very long. He was the fourth person to exit.

The last time those who follow the reality TV star saw him was on November 14. Newell posted a few videos of himself performing tarot card readings. Based on what his family thinks of his cause of death… He may have gotten sick with COVID shortly after his final Instagram post.

According to The Sun, his family thought it was important to clarify it is still very early in the post-mortem process. So, they still haven’t confirmed exactly what the cause of death was. And, they recognize the fact that Heavy D is larger in size. They, however, suspect COVID-19 was his cause of death.

Unsurprisingly, many have taken to social media to pay their respects.

We are shocked to hear the sad news that Heavy D has passed away today. Our condolences go to his family at this very sad time. #RIPHeavyD

We shared the same platform @aftvmedia for years and he always brought his positive vibes with him. My sincere condolences go to his family at this very sad time. #RIPHeavyD pic.twitter.com/PLLlRQqnEV

Sadly, Heavy D leaves behind two children, including his three-year-old daughter Rory. He also leaves behind his ex Bryony Anne Harris. The Sun reports she is “heartbroken” over the man she once loved passing away.

I loved this man we argued we hated each other but we had love at one point and a beautiful daughter rest in peace you silly thing.”

Rest in peace Heavy D. Your fans will miss you.

Netflix’s ‘Gabby’s Dollhouse’ Season 2: Canceled Or Renewed?
Betty White Celebrates Her Birthday: How Old Is She?
Audrey Roloff Has Something To Say About The Covid-19 Vaccine
‘Bold And The Beautiful’ Spoilers For Next 2 Weeks: Steffy Falls For It?
‘The Flash’ Season 7 Premiere Delayed: When Will It Air?