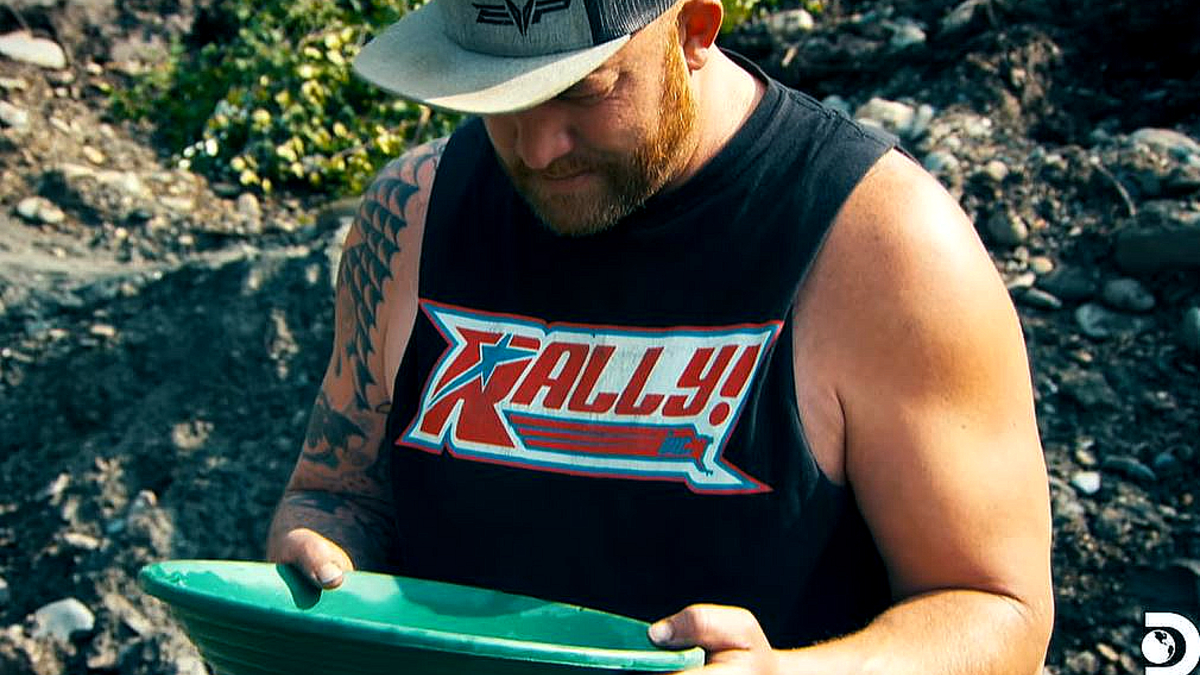 On the next episode of Gold Rush for Discovery, Rick Ness is prospecting over at lower Duncan Creek, and there might be a treasure trove of washed out gold that has been undiscovered until now.

The TV Shows Ace exclusive clip reveals that Rick’s luck, which has been strained at best, is finally turning around.

So far the season has been a windfall for Parker Schnabel, Ness’s old boss. And even the Dutchman, Tony Beets, has had some tough breaks despite his whole family working for him.  And newcomer Fred Lewis and his team of veterans are holding strong considering they are all pretty new to this game.

But for Ness. who up until this point has been wearing a pair of Milk Bone-laced underwear in a dog-eat-dog world, is about to see some light at the end of the tunnel.

What happens for Rick Ness?

In our exclusive clip below, Ness is prospecting the “cheap cut” portion of Duncan Creek.

He says: “The way this material is piled up in here, I think the best stuff that there that there is could be at this corner.”

We learn that on lower Duncan Creek approximately 20 000 years ago a glacier pushed up a mound of rock and dirt known as a moraine on the edge of the
cheap cut.

And Rick believes the moraine has trapped gold washed down from the mother lode.

Ness adds: “If the glacier made some kind of a hard stop here all that gold would have stopped in this corner…it could be the best stuff we’ve seen
all year and with gold price the way it is like the profit margins are big.”

He investigates and says: “Let’s see what we got.”

Panning the sediment, he says: “I need to see at least 15 to 20 colors in this pan to make it worth extending this cut.” He looks and swirls and finally you can hear he is pleased.

He says: “Yeah there’s gold in here…little guys [flecks of gold are shown] there’s a whole bunch of fine gold mixed in down there…I like that.”

Ness notes that if there is a pile of gold in this cut area, that right there will wipe out the financial issues due to his late start thanks to the COVID hassles with entry and paperwork.

Tune in Friday to see just how lucky Ness may be on this test run:

What Podcast Is Michelle Duggar A Guest On?
Which ‘Bachelorette’ Contestant Asked Clare Crawley Out On Day Dale Moss Split Confirmed?
Jenelle Evans Slams Critics Who Say She Substituted Her Dog
What ‘DWTS’ Star Thinks They Can Win ‘Big Brother?’
Is ‘RHOC’ Alum Vicki Gunvalson In A Feud With ‘RHOBH’ Star Lisa Rinna?