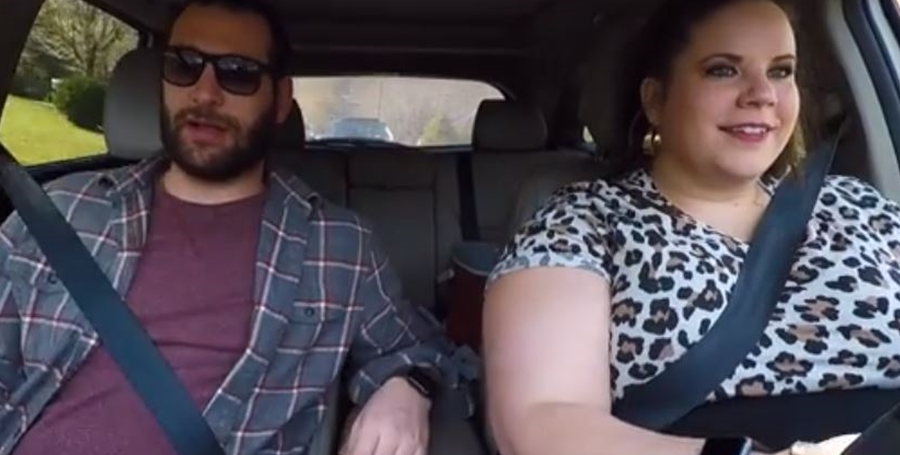 When Whitney Way Thore revealed that she and Chase Severino split, it spoiled the current season for fans. Now, TLC revisited the whole sad story. Fans already knew that Chase got another woman pregnant after Whitney’s dramatic reveal. It came on Instagram a few months ago. However, pregnant girlfriend or not, many My Big Fat Fabulous Life fans anticipated a split anyway. So, they think the show’s very scripted.

We noted that fans spotted red flags way back before Chase proposed to her in Paris, France. Many of them noticed that on MBFFL, Whitney Way Thore and Chase seemed disconnected. None of the usual touchy-feely things happened, In fact, Chase seemed relieved when he could get away from her for a bit. Plus, Whitney seemed the chaser with Chase. Recall, she put him in a really awkward position talking about why he’d date a large girl. And she asked him to guess her weight. Pretty much, any way he answered that ended up the wrong answer.

It's hard to look at Chase as a loving fiance when he started a whole new relationship & family during the engagement to Whitney. That was a spoiler alert they should have tried hard to not leak. We've been mad at him all season ☹️ #MyBigFatFabulousLife

In the most recent episode of My Big Fat Fabulous Life, fans saw Whitney taking with Chase before the split. One fan on Twitter noted, “Whitney is acting weird & rehearsed in her confessionals … i feel like she knows about the cheating.” Later, another fan wrote, Whitney seems to have taped this confessional after the cheating because she seems to be acting.”

Onee keen-eyed MBFFL Whitney Way Thore fan noticed something else. They commented on Twitter, “In tonight’s #MBFFL episode when Whitney…[FaceTimed] Chase [about her] poodle, there was a young woman’s hand feeling through his hair then stopped. but Whitney never seemed to notice that! wth?” Plus, other aspects don’t add up.

Whitney! Chase doesn’t miss you at all! 🚩🚩🚩#MyBigFatFabulousLife

In this season of the show, Whitney makes a big deal about quarantine and the coronavirus. In fact, she told Chase to stay away and brought her mom to stay with her. She stopped her mom from seeing her dad who still carried on working. And, that sounds all very responsible. But, one critic of the TLC show noticed something. They wrote, “Was there a cameraman living with Whitney during the quarantine with her mom? Someone is taping Hunter bringing the toilet paper and the women cheering.”

You won't LET your mother see your father?? WTF!! #MyBigFatFabulousLife

Actually, the more MBFFL Whitney Way Thore plays out, the more fans become convinced that she and Chase were always and still remain, a scripted story. One fan asked for a “reason to continue watching the show… since it’s beyond scripted and fake?”