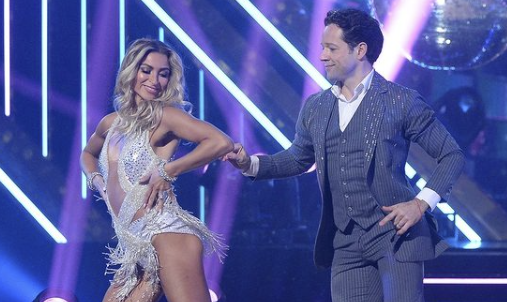 Dancing With The Stars is a fun competition show. Since 2005, viewers tune in to watch their favorite celebrities compete for the Mirrorball Trophy. But despite what you may think, there isn’t a huge incentive to come in first place. In fact, there are a few things that may really surprise you about how much contestants make.

For starters, the pros get paid for their time on the show, but so do the celebrity contestants. And you earn more the longer you stay in the competition. The International Business Times reported that each of the couples competing in the finale earned the same paycheck.

Kaitlyn Bristowe and Artem Chigvintsev won Season 29, but all they got was the Mirrorball Trophy and bragging rights. Otherwise, they earned exactly the same amount as Nelly, Justina Machado, Nev Schulman, and their pro partners.

How Much Would You Get For Making It To The DWTS Finals?

We’re not exactly sure how much stars took home this year, but we have a few clues. Back in 2010, DWTS paid contestants $10,000 for the first two episodes. If they made it to week three, they earned $20,000. From then on, they earn $30,000 until the semifinals. In the semifinals and finals, the contestants earn $50,000. Based on this scale, if a contestant makes it to the end of the season, they could earn about $320,000. They’ve paid contestants less in previous seasons, but it’s possible they went back up this year.

That’s a pretty big incentive to stay on the show. Especially since a season can last around 11 weeks. Can you imagine making that much in just three months?

But The Hosts Make So Much More

Tom Bergeron and Erin Andrews spent their last season on Dancing With The Stars last year. They allegedly each made about $150,000 per episode. But Tyra Banks is the new hostess and will reportedly demand more money for Season 30. Some sources she may use her star power to ask for a whopping $300,000 per episode. If Season 30 goes for 11 weeks, that’s $3.3 million dollars for the season.

“Tyra is an incredible talent who knows her worth. She has taken a franchise that was a little past its prime and made it into the show everyone is talking about, but even more important than the buzz is the ratings she has been delivering too. At the end of the day, Tyra is a businesswoman, she deserves a lot more money to return next season,” an inside source told OK!

Tyra isn’t speaking about the matter, so we may never know for sure. But given recent events and all the viewers Season 29 drew in, it may be true. Do you think she deserves a higher salary? Be sure to let us know in the comments.