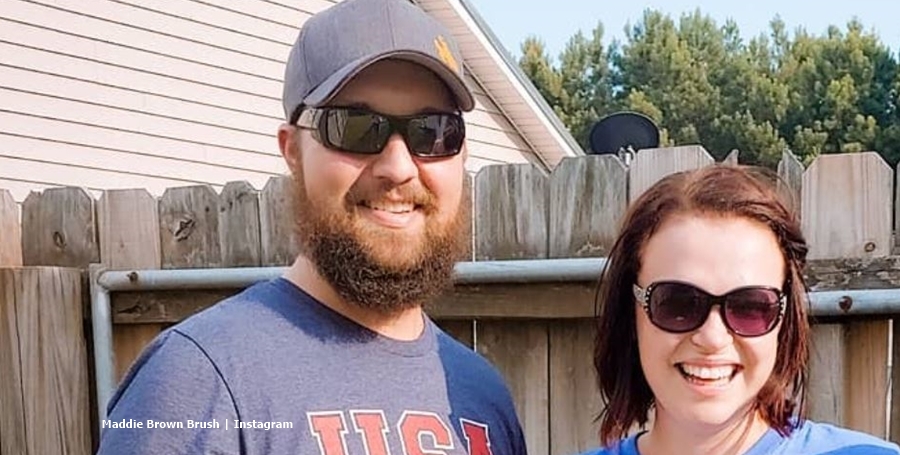 Sister Wives star Maddie Brown took her Instagram stories and shared that Evie K started walking unaided for the first time. It came over Thanksgiving and Hunter Brown was visiting at the time. So, the TLC star sounded really happy. But now, she and Caleb Brush look at spending Christmas alone for the first time.

We reported that Maddie sounded happy to see her brother Hunter over Thanksgiving. Of course, some followers slammed him for going away over the holiday. After all, cautionary statements about travel came from the CDC. And, Mariah Brown declared that staying home is an “easy call.” Well, at least Maddie spent time with her brother because it looks like a rather lonely Christmas looms for her and Caleb and their two kids.

Soon after she shared about Evie K taking her first unaided steps, Sister Wives star Maddie popped up on Instagram stories again. She asked her fans for ideas on how to celebrate Christmas at home with just the family there. Bear in mind, that Maddie grew up in a very large family and became used to big Christmas celebrations. She married Caleb in 2016. So they lived with each other for four years now. But she told her fans they always got together with family over Christmas since they married.

Christmas for two plus two kids

As Maddie shared the news about just staying home with the kids this year on Instagram Stories, fans couldn’t give her ideas there. In fact, it’s not clear that many people saw her Story about Christmas. She posted up another photo of herself with Evie K soon after, and no suggestions came in on that post. So, we checked out some ideas that Maddie or your own small family gathering might do for the seasonal festivities.

Actually, Sister Wives star Maddie Brown might discover that not having visitors pop in and a lot of family around, that she might not become exhausted this year. After all, a lot of work goes into hosting guests. All that cooking and cleaning, washing up, and kids needing attention can really take it out of moms and dads. But the best thing about kids is that without visitors, they can enjoy playing with their gifts with their parents.

Other ideas for a small family couple

Buzzfeed noted that people like Maddie and Caleb might save costs without a huge gathering. So, they could splash out a bit and get in some fancy snacks. Keeping it festive, they could make alcoholic or non-alcoholic drinks like cocktails with all the trimmings. Of course, decorating with the kids adds to the fun of it all. And of course, just “queue up” some amazing Christmas movies for the whole family. Get out the popcorn, other healthy snacks, and cuddle up in front of the screen after Christmas lunch.

Notably, slaving in the kitchen won’t take as long, so Sister Wives star Maddie Brown could cook a smaller meal than normal. And of course, these days, they can always call the family on Snapchat or Zoom and let the kids see grandma and grandpa that way.