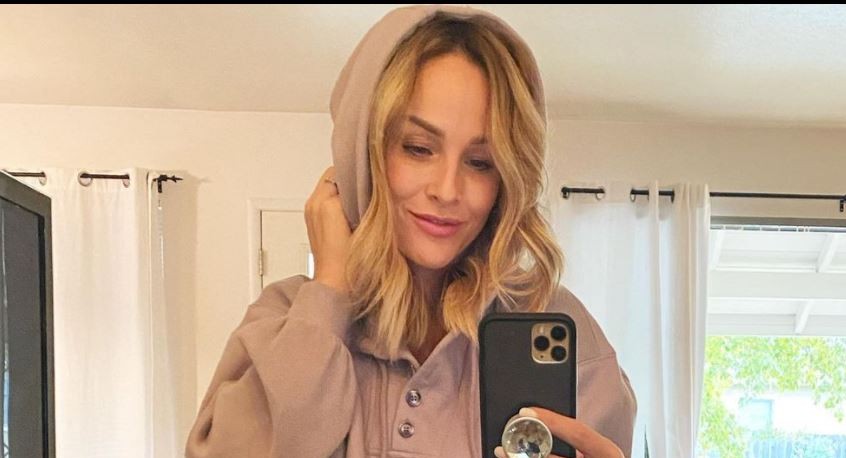 Everyone seems to be struggling somewhat this holiday season. For many, 2020 has been rough. Reality TV stars are no different from everyone else. They also face struggles and insecurities. Bachelorette Clare Crawley went to social media today to share her feelings with fans. She’s been dealing with tons of negativity surrounding her time as the lead and her engagement to Dale Moss.

The Bachelorette went to Instagram to share her thoughts. She posted a selfie of herself taking the photo. She looks humbled and adorable in black yoga pants and short sweatshirt with the hoodie pulled up. Her words were raw and true.

Clare said, “Hi. It’s me, Clare. Not Clare that you have seen edited on your television or social media squares. But the human one with feelings, insecurities, emotions, and a normal life just like you. And just like you, I’m going through things, big and small, that all of us experience at some point or another.”

She went on to say just like everyone else she can be shy and awkward. She also can be fighting off anxiety just like others on any given day.

Clare continued saying, “There are good days and bad days. Being on reality TV doesn’t exempt me (or any of us) from that. I will always do my best to rise above the negativity and find the positive, but I am not superhuman. So when you choose to pass judgements without knowing someone personally or even something as small as a snide comment, please remember just like you, I am simply trying my best❤️.”

Her post was met with a lot of love

Clare’s post received a lot of love. Krystal Nielson commented saying, “Amen mama!!!! We never know what someone is really going through! And so we should show compassion rather than judgment! Just like WE would want from a friend or stranger.”

Many more went on to say how much they loved her words and her honesty. One other person commented they knew her and had met Dale Moss. They praised the couple for their relationship and how they are when they are together. Clare thanked the man and said she and Dale thought highly of him.

Clare and Dale became engaged after knowing each other for less than two weeks. In a historical move for The Bachelorette Clare decided to leave the lead role to pursue her relationship with Dale. Tayshia Adams was brought in as the second lead of the season. Clare and Dale just celebrated their first holiday together with some of his family members. They are currently house hunting in Sacramento.