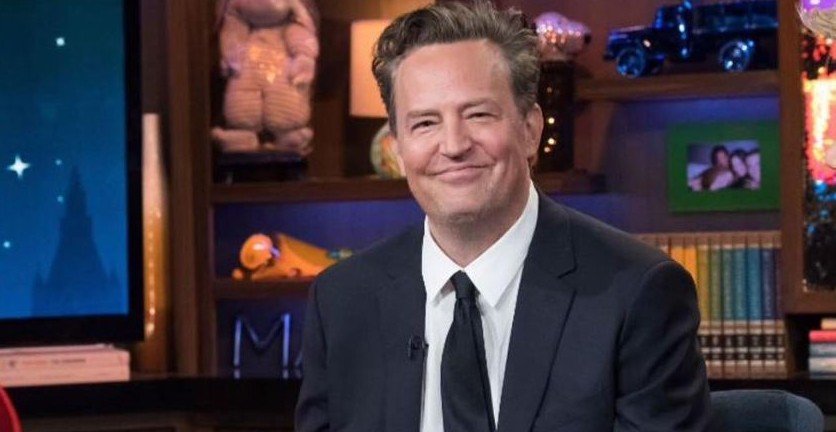 While it hasn’t been everyone’s month, day or even their year, Matthew Perry is doing pretty well. The Friends star just announced he’s getting married. He popped the big question to his girlfriend. And, he happens to think she’s pretty terrific.

Entertainment Tonight shared all the details about Matthew’s proposal. Overall, Matthew has been pretty mum about his relationship. In fact, there is no mention of her at all on his Instagram account. However, he and Molly Hurwitz have been dating since 2018.

In a recent interview, Matthew said, “I decided to get engaged.” He continued, “Luckily, I happened to be dating the greatest woman on the face of the planet at this time.”

His new fiancé is 29 and a literary manager. Molly’s Instagram is private. However, reports have indicated she shares some about her relationship with Matthew. Since Perry is fairly new to Instagram, she posted a sweet message to him for Valentine’s Day. Molly said, “Second year being my valentine, but his first as an Instagram influencer.” She continued, “HVD to my favorite.”

She shared this message alongside a photo of Matthew sleeping on the couch holding bright yellow smiley face balloon.

They also reportedly spent the holidays together last year. Molly said, “According to my parents’ custody agreement, my mother was not allowed to have a Christmas tree…Fortunately, there’s no such agreement for a daughter’s boyfriend, so Hurwitz gets a treeeeeeee!!!”

"Sometimes I like to hold things like this and pretend I'm a giant." Line by Craig Bierko. Funniest man I have ever met. pic.twitter.com/b1TmUuckjH

Matthew finally joined Instagram in February 2020. His Friends co-stars teased him a bit for taking so long to sign up. Jennifer Aniston was one of them to tease a little. She said, “I’m shocked Matty is the last to join Instagram, considering he was a uh… umm… oh crap.” She continued, “Oh! A computer processing TRANSPONSTER.” Of course, this was the same response Rachel gave when trying to name Chandler Bing’s job on the hit comedy.

Fans have been ecstatic to know a Friends reunion is coming. Originally it was to take place with the launch of HBO Max. However, the coronavirus pandemic postponed the big reunion. Now, Matthew has been keeping fans up to speed on when they might expect to see the much anticipated reunion.

Matthew actually shared that the Friends reunion will be happening March 2021. He said, “Friends reunion being rescheduled for the beginning of March. Looks like we have a busy year coming up. And that’s the way I like it!”

Stay tuned for more updates on Friends and all your favorite television stars.

Comic-Con Trailer Offers Peek Into ‘Dexter’ Season 9 Plus Release Date!
‘American Pickers’: Frank Fritz Did Rehab Before Getting Fired
‘LPBW’: Zach & Tori Roloff Celebrate Anniversary Without Their Children
Will There Be ‘When Calls The Heart’ 2021 Christmas Movie?
‘Counting On’ Fans DRAG Jeremy Vuolo For Latest Video