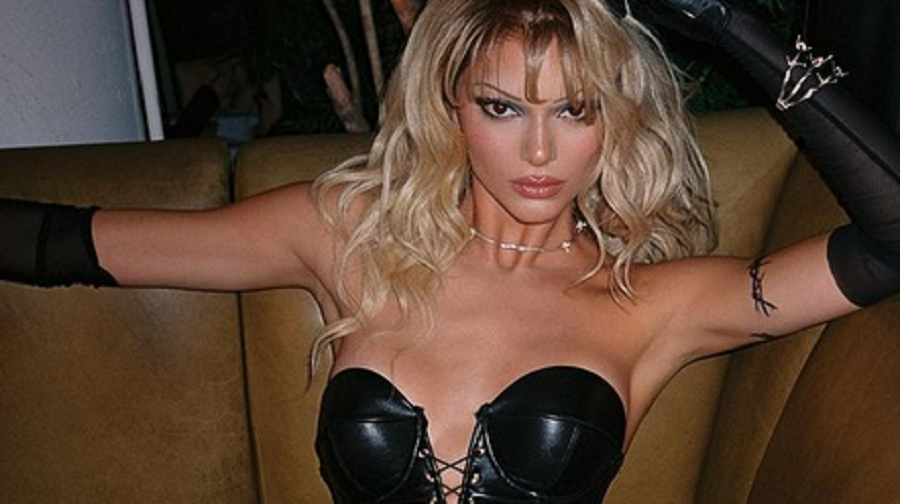 Kendall Jenner has been spending more time in the gym lately. The Keeping Up With the Kardashians star shared a photo of her intense workout on Instagram Stories. In the new photo, she sported gray Spandex shorts with a purple leg band around her thighs. Fans also saw her thigh gap in the photo.

In case you don’t know, a leg band goes around the thighs, just above the knees. You stand with your feet hip-distance apart. It helps tighten the glutes and core. It looks like Kendall has been using hers a lot lately. She’s probably got this practice down path.

On Tuesday, November 24, Kendall Jenner shared a mindblowing photo on her Instagram Stories. In the new photo, she wore a black sports bra with gray cycling shorts. She also had a leg band around her thighs. Kendall did not include any details about the photo.

But it’s clear that she’s been getting her workout on. The model has been hitting up the gym since her epic 25th birthday party. She also recently made headlines for getting into a physical altercation with her sister Kylie Jenner. Their argument aired on KUWTK, which showed them getting physical on their way home from Palm Springs.

Kendall’s workout selfie comes days after her latest Instagram post. On Friday, November 20, she shared photos of herself wearing an all-black ensemble by Mary-Kate and Ashley Olsen’s The Row. In the series of photos, Kendall rocked a black button-down shirt which she paired with long black trousers. She finished the look with a matching belt and pointed-toe shoes.

In the caption, she wrote that she was in “The Row head to toe.” The outfit showed off her slim physique. Kendall’s post received over 6.4 million likes. Some fans wondered about the meaning of the post. Did that mean Kendall is the new face of the brand?

Supermodel shares the changes she’s made to her diet

Earlier this month, Kendall Jenner shared her skincare secrets. She’s struggled with acne for years. She’s tried everything from home remedies to Proactiv. In her skincare and makeup tutorial for Vogue, she revealed how she finally overcame it.

“Once I got my regimen down, I knew it wasn’t what I was putting on my face. I started thinking about my diet a lot and I decided to cut out dairy,” Kendall explained. as per Hollywood Life. “Not entirely. I love cheese, so it’s hard for me to cut out cheese. But that honestly helped me so much. I [also] drink tons of water, as much as I can or remember to.”

But that doesn’t mean she neglects her skincare routine. In fact, Kendall admits she’s been into skincare for a long time. While she wouldn’t reveal the details, she said she’s happy with a “regimen and routine that really works for me.” Back in 2019, she became the face of Proactiv.

There are a few reasons why Kendall looks great. Not only did she change up her diet, but she’s also been working out at the gym. These are just two keys to getting clear skin. But she looks great, no matter what.

Sarah Talks About What Shocked Her About ‘Love After Lockup’ Couples
‘My 600 Lb. Life’ Carrie’s Husband Chris Willing To Do Anything To Get Wife Back
‘Love After Lockup’: Chanda Losing Pounds & Looking Amazing
Jovi Responds To His Friend Telling Yara About Party Life
Some ‘Sister Wives’ Fans Disgusted By Treatment Of Christine Brown