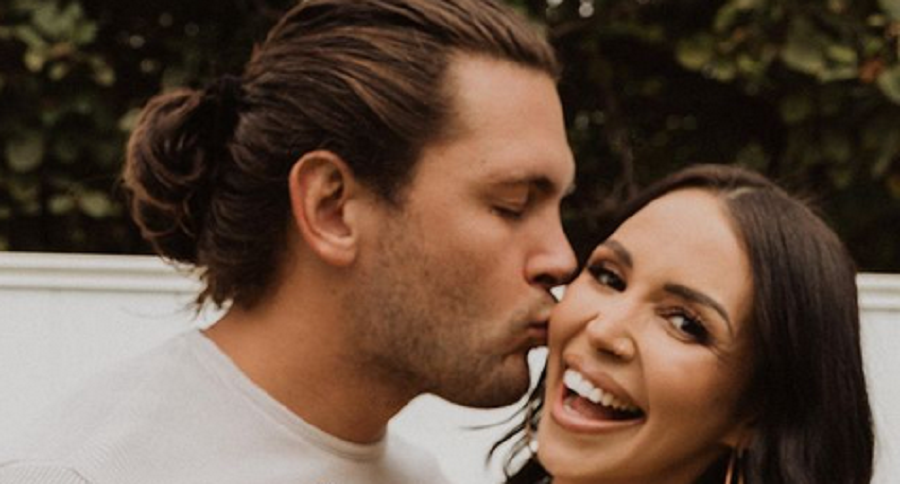 Scheana Shay is still over the moon about her baby news. The Vanderpump Rules star shared more photos of her baby bump. In late October, Scheana announced that she and her boyfriend Brock Davies are expecting their first child together. Then, she revealed in a YouTube video that she’s having a girl.

On Sunday, November 22, Scheana Shay posted two new photos on Instagram. In the first photo, she wore a pink sweater dress as she showed off her baby bump. Scheana accessorized her look with white sneakers and a half-up, half-down hairstyle. In the second photo, Scheana wore a pink “MALIBU” sweatshirt with mint green socks.

The Bravo star is still celebrating the news that she’s having a baby girl. In the caption, Scheana wrote: “Team Pink!! OMG I’m 18 weeks today and finally bumpin along in my new @scheinofficial sweater dress!”

Does Scheana Shay plan to get married?

Her post received over 37,000 likes. Most fans flocked to the post to comment that they’re also pregnant and expecting around the same time as Scheana Shay. But there was one user who thinks that the television personality should get married before baby. The Instagram user wrote: “When are you getting married? That usually comes first.”

The “Good as Gold” singer simply reminded the troll that it’s “2020. No plans for marriage. Thanks.” Scheana isn’t the only one who received such questions. Below Deck Mediterranean alum Hannah Ferrier was hounded by fans who wanted to know when she’s going to get married. The former chief stew had her first child with longtime boyfriend Joshua.

She also got comments on her booty

Other fans were fixated on her booty. Some wanted to know if the reality star’s behind was real. Some accused Scheana Shay of using Photoshop. Here are just some of the comments from that same Instagram post:

Scheana Shay took to her Instagram Stories to address the booty comments. She reposted the photo along with the caption: “Yes, this is really my a** now …. Not Photoshopped. Not wearing butt pads. Thank you, baby girl. I am embracing you coming into our lives.”

What does she plan to do next?

Scheana Shay and Brock Davies are excited about their future together. The two moved in and lived together throughout the pandemic. He even helped her with her Boy Crazy merchandise. Now, she’s revealing what’s next for them in an interview with Bravo’s The Daily Dish.

“Brock is actually the one who really pushed me to do it and got with the manufacturers and design and helped me get all of this up and running. So that’s exciting,” Scheana said. “[And] more adventures to come on our YouTube. We have a few really exciting vlogs coming over the next few weeks. I’m just excited to share everything we have going on with everyone.”

Meanwhile, Vanderpump Rules Season 9 is currently on hold. Scheana previously revealed that she feels uncertain about the future of the show.

‘Mystery At Blind Frog Ranch’ Chad Ollinger Exclusive Interview On Mormon Gold And The Mysteries Of Utah
Lindsay Arnold Talks Training Ahead Of ‘DWTS’ Return
As Betty White Heads For 99th Birthday She Says A ‘Sense Of Humor’ Keeps Her Forever Young
Surprisingly, These ‘Married At First Sight’ Couples Are Still Together
How About Dante & Sam For The Next ‘General Hospital’ Super Couple?