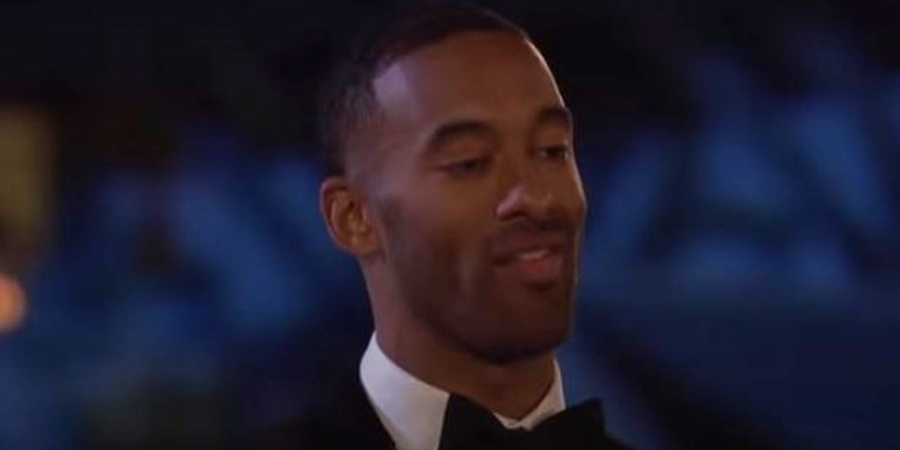 Bachelor fans finally heard that Matt James’ season premieres on January 4, 2021. When the first teaser dropped, plenty of people reacted to it. And, lots of those focused on the fact that Matt claims he never fell in love before. No doubt they hear that a zillion times as the show progresses.

We reported that when the first look trailer dropped, Reality Steve mentioned he already heard that Matt claimed he never fell in love before. And, fans should probably expect that to become some sort of mantra for Matt. A bit like Colton Underwood’s “virginity” eventually bored people out of their minds. In fact, it became so important to his storyline that Colton even wrote about the first time he ever reached that belated milestone with Cassie Randolph.

In the teaser, Matt James met a lot of female contestants. And one woman, so eager, nearly fell down which got corny jokes about people flinging themselves at him. Then, The Bachelor teaser showed that while he possibly never fell in love before, Matt needed little education in the kissing department. But, people grew a bit suspicious when Matt told Chris Harrison he never fell in love before.

Meaww noted that Chris said that the ABC show’s there for people to find love. But some fans wondered if that’s really the case. And they talked about it on YouTube. After all, he first stepped up for Clare Crawley’s The Bachelorette. So, some suspected that they planned all along for Matt for the sake of their new diversity approach. And that might extend to Clare herself with Tayshia stepping in, according to Reality Steve.  Probably, they’ll never find out if that’s the case.

Some fans hate that Matt James comes without any previous seasons in with the ABC franchise. So, he’s pretty much a mystery man. One fan commented, “I kinda didn’t like them randomly choosing a contestant’s friend as the next bachelor. I liked the idea of knowing the person from the previous season.. made it seem like they just wanted to fulfill that ‘First black bachelor’ role due to what’s been happening this year.. better late than never, I guess.”

More comments about the teaser

One Bachelor follower noted, “Super weird to me that he’s never been in love. He’s had his whole life to fall in love, and didn’t, so WHY on earth would anyone think he’ll fall in love in 6 weeks on TV??”

And similar comments followed. This person wrote: “don’t trust a handsome grown man who says he’s never been in love.”

Then came, “since they announced him, I felt like he doesn’t fit that ” I wanna settle down right now” vibe. Fame chasing, being truthful. I could almost bet money on this just being a fame grab.”

What do you think about Matt James apparently never being in love before? Sound off in the comments below.