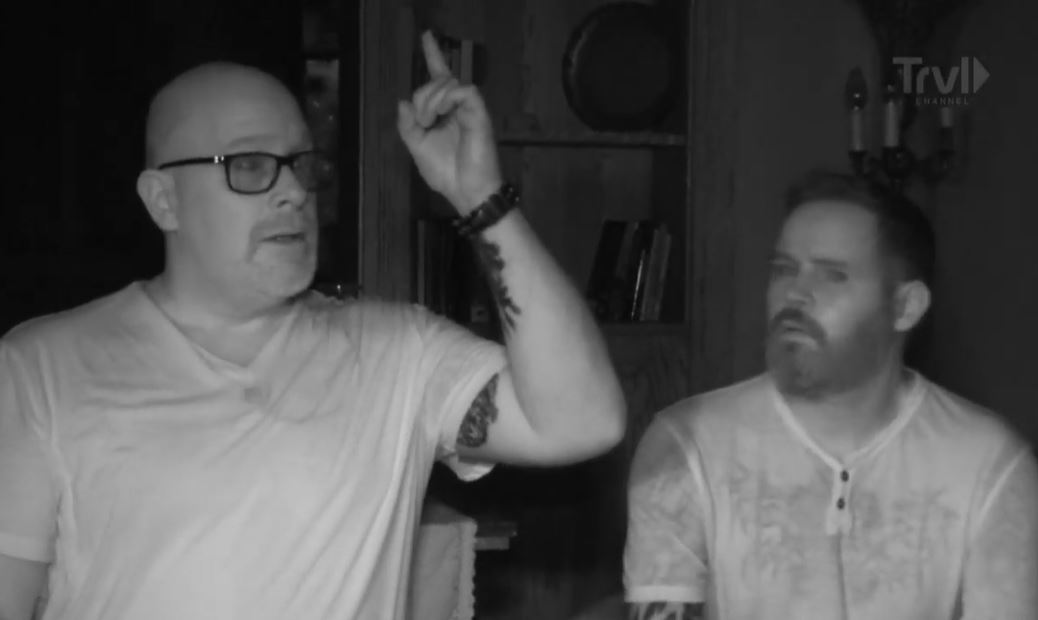 We have a hair raising exclusive clip from tonight’s episode of The Holzer Files airing tonight on the Travel Channel. The grainy footage captures a tense session with psychic Cindy Kaza to help investigate the strange goings on at Ohio’s infamous Franklin Castle.

She suddenly becomes ill as the spirit of a woman named Emma speaks through her to the questions that her team is asking.

What haunted house is featured on The Holzer Files?

Ohio’s Victorian Franklin Castle is the legendary place of what many believe is a paranormal hotbed.  The home has a tragic backstory.

Local news outlet 19News reports that Hannes Tiedemann was a banker and co-founder of Union Banking & Savings Co. in Cleveland. His home was built in 1881 and named it after the road it was on, Franklin Castle.  Sadly, Hannes and his wife Louise, suffered through the deaths of four children.

They claim that this location known as the Hannes Tiedemann House makes just about every list of most haunted places in America.

Tiedemann’s mother died, and then his wife passed away at the age of 57.

To date, four people have died in Franklin Castle.

Hans Holzer visited Ohio’s Franklin Castle many times, each time suffering with terrible technical difficulties, and he was never able to pinpoint the exact cause of the uncanny happenings plaguing the owners of the house for years.

Now, Dave Schrader, Cindy Kaza and Shane Pittman have returned, and they are witnessing the troubled spirit manifest before their eyes.

But their biggest discovery is something Holzer himself missed.

They restore his jumbled audio recording to find a hidden voice, and the key to the castle’s haunting.

About The Holzer Files:

Recognized as the “father of the paranormal,” Holzer’s legendary four-decade exploration into hauntings like the Amityville Horror house helped spawn many supernatural enthusiasts, more than 120 books and even inspired Dan Aykroyd and Harold Ramis to write Ghostbusters.

Now, with the help of Holzer’s daughter, Alexandra Holzer, Travel Channel has the exclusive rights to reopen Holzer’s most captivating case files – digging into thousands of documents, letters, photographs and chilling audio and visual recordings dating back to the 1950s.

‘Bold And The Beautiful’ WOW! Finn’s Bio Mom Is A Forrester?
Mady Gosselin Shades Jon & Kate, Reveals New Diagnosis
Khloe Kardashian’s Friends Reveal Why Khloe ‘Can’t Let Go’ Of Tristan Thompson
Todd Chrisley Reaching Out To His Hurt Child, Which One?
Jinger Vuolo Reveals She Was Ready For A Change