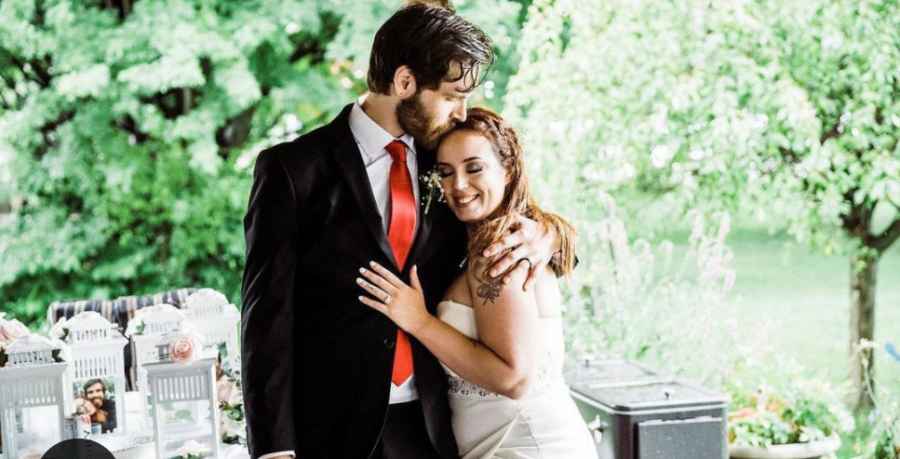 Former 90 Day Fiance star Jess Caroline has become a fan favorite, especially after marrying Brian Hanvey in July 2020. The Brazilian beauty dumped her toxic relationship with Colt Johnson to take up with the handsome musician. Now Jess has become a new “mom” after adopting a new fur baby. It is actually ironic, when you think of it, because Colt and his mom Debbie loved cats

Jess Caroline appeared on 90 Day Fiance: Happily Ever After? She “played” the role of Colt Johnson’s girlfriend after he and Larissa were divorced. Of course, Jess’s friendship with Larissa was a wonderful thing, as Lima warned her against Debbie’s boy. It was also through Lima that Jess met her new husband, Brian Hanvey.

Fans will remember Jess dropping the surprise on the Happily Ever After Tell-all while sharing Brian with the other cast members. She is also in the process of getting her green card, which Colt couldn’t help being nasty about.

Judging by images posted to both their Instagram accounts, Jess and Brian are doing well in their marriage. Since then, Jess has regularly shared updates about her life on Instagram. In a recent Q&A, the TLC reality star spoke of moving to Brazil for a few years. This would allow her new love, Brian, to spend time with her family. While responding to a fan, it seems Jess is also excited at the idea of having babies. However, she said they would wait a couple of years.

Jess and Brian get a sphinx cat

While it is too early for the patter of tiny feet, it turns out they do have the patter of tiny paws! The pair has officially adopted a new fur baby in the form of a cat. Jess, 26, shared an image of her adorable sphynx cat to her Instagram Story. She adopted the hairless kitty from Nakdcat, an online cat community. Jess captioned the image, “Mommy loves you! My new cat.”

Caroline also shared a post from the Nakdcat Instagram account to inspire her fans to also adopt a cat. Doing good for the kitties isn’t the only kind thing the 90 Day Fiance star has done recently. Jess shared last month that she had lost her job as an au pair. In between jobs, she is using her free time to help those in need. As noted by Screen Rant, earlier, the TLC reality star gave a homeless man all her earnings from Cameo videos. Meanwhile, like other 90 Day Fiance stars, she has also jumped on the OnlyFans train to make some cash. Fans can currently keep up with the stars of 90 Day Fiance: The Other Way on TLC, Sundays at 8 pm ET.