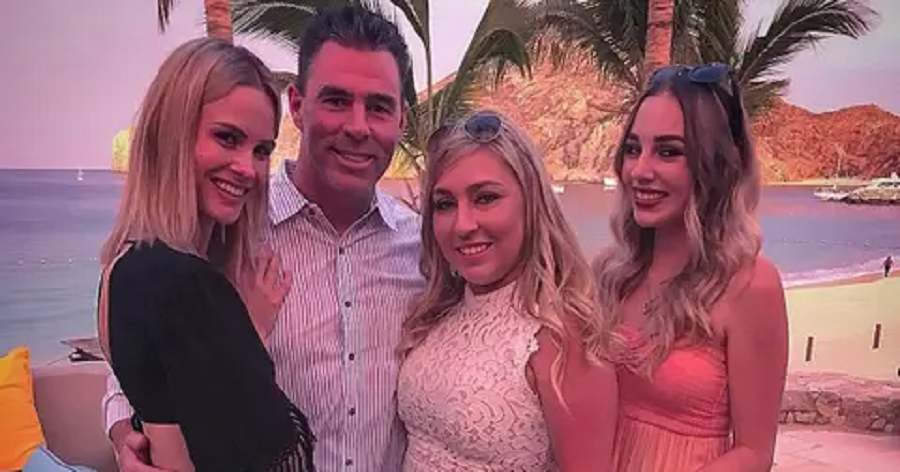 Jim Edmonds and his daughter Hayley are lashing out at Meghan King. As TV Shows Ace previously reported, the RHOC alum tested positive for coronavirus. Her estranged husband isn’t happy with her. He claims that she was partying in the days leading up to her positive diagnosis.

Over the weekend, Meghan took to her Instagram Stories. She announced that she tested positive for COVID-19. The former reality star admitted that she traveled and attended her son’s soccer game before becoming sick. But then Meghan received backlash from some of her followers.

Now, her ex-husband is joining the bandwagon. Read on to learn more.

In addition, Jim’s rep spoke to TMZ. He claims that the former Bravo star arrived at Jim’s home after she was exposed to the virus. He revealed that Meghan “was hugging and kissing the kids,” which put him and his girlfriend, Kortnie O’Connor, at risk.

Meanwhile, Jim’s daughter Hayley Edmonds accused her former stepmother of exposing her and her family to the virus. The incident took place before she revealed her diagnosis on Sunday, November 15. Hayley took to her Instagram Stories to post a lengthy response to Meghan.

She also tagged her dad and Kortnie. She slammed the podcast host’s decision to accept “the awesome preschool community” for the younger kids who are currently staying at Meghan’s parents’ home. On Monday, Meghan explained on social media that her family didn’t want to risk exposure to the virus by “gathering clothes” for the kids who are staying at their grandparents’ house.

“Don’t worry as long as you have clothing donations … because the kids are definitely in desperate need of that as opposed to families who cannot even afford to put clothes on their kids backs,” Hayley snapped.

As fans recall, Meghan and Hayley have a rocky relationship. It was chronicled on The Real Housewives of Orange County. When Meghan accused Jim of cheating on her with one of their nannies, Hayley defended her father. Both Jim and the nanny denied the claims.

This comes seven months after Jim Edmonds battled COVID-19. Back in April, Meghan threw shade at the former baseball player during his health struggle.

“I kid I kiddd but the ending is my favorite,” Meghan captioned a TikTok video. She also included the devil emoji, winking emoji, and the hashtags #jokes and #gotatextfrommyex.

Meghan and Jim continue to fight over the custody of their daughter and sons. Both of them have moved on from their marriage. The former St. Louis Cardinals star has been dating Katherine since the start of 2020. As for Meghan, she confirmed that she’s dating Christian Schauf back in May.