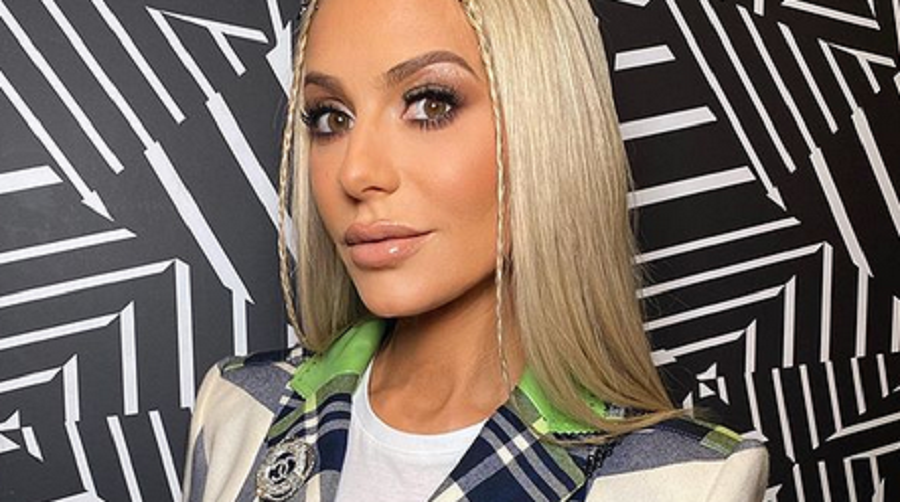 Dorit Kemsley revealed she’s ready to play games. The Real Housewives of Beverly Hills co-star shared a new glam photoshoot on Instagram. While Season 10 wrapped up months ago, Dorit is ready to go again. Season 11 is currently in production and she’s returning to the series.

Over the weekend, she took to Instagram to share her latest glam look. As fans know, Dorit loves glam. She shared her colorful Louis Vuitton look. Apparently, the outfit is from the fashion brand’s “Game On Collection,” which has dropped in time for the holiday season.

Read on to see her latest look.

Dorit Kemsley is ready to play

On Saturday, November 14, the Real Housewives of Beverly Hills star took to Instagram to share a slideshow of photos. Dorit Kemsley had her own glam photoshoot. She’s back to it after sharing family photos and videos. She wore a beautiful dress from Louis Vuitton’s “Game On Collection” designed by Nicolas Ghesquiere.

According to The Blast, Dorit wore the Game On Trompe L’Oeil Jacquard Knit Polo Dress, which retails for $2,700 on the official LV website. She accessorized her look with the Game on Bandeau, which costs $200. And then she finished off her look with a pair of LV ankle boots with block heels.

Dorit wore her signature blonde hair down and styled in soft waves. She also had a full face of makeup. The reality star’s face was contoured. Meanwhile, she had on mascara and light pink lipstick.

“What are we playing?” she commented.

Dorit responded with a series of laughing and kissing emojis. It appears the two were friends long before they met on the Bravo series. Bravo announced that the 61-year-old mother of Paris and Nicky Hilton will be joining the show. However, she will be a “friend” of the Housewives.

One fan cracked a joke about the photoshoot. They asked Dorit Kemsley how long her glam look made her.

“ooooh YES honey! just wondering how late this glam look made you. keeping records for Kyle,” the fan wrote alongside the note emoji.

“I laughed so hard. I’m always late getting lost,” one follower joked. Another chimed in: “I love how much that angered Kyle.”

Fans remember when Kyle slammed Dorit for getting glam for Teddi Mellencamp’s wellness retreat. In a previous episode of RHOBH, fans watched as Kyle shared her real opinions on Dorit’s glamorous fitness look. Prior to the event, Dorit took several photos at home. This caused her to arrive late.

Kyle and Dorit caused a scene during Teddi’s retreat. But the drama didn’t stop there. They even feuded at Denise Richards’ barbeque party. Dorit thought Kyle was upset because she’s so close to Teddi.

What do you think of Dorit’s glam photoshoots? Sound off below in the comments section.