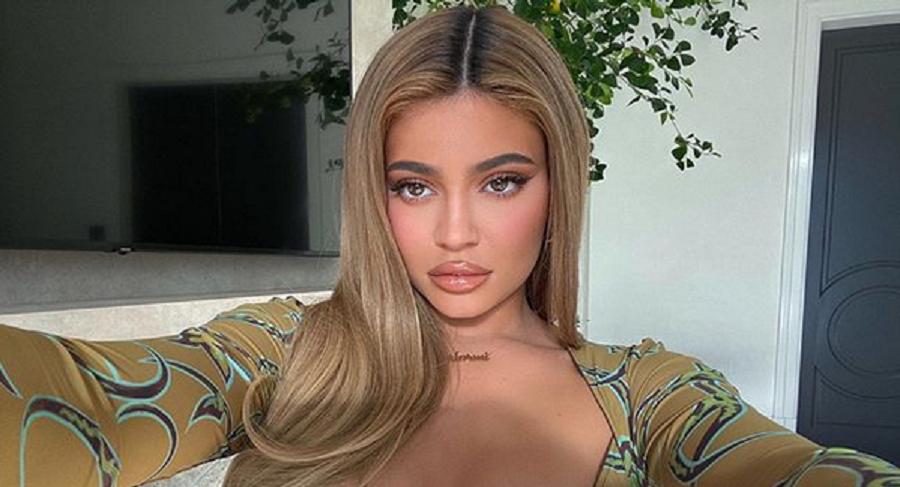 Kylie Jenner shared her most provocative photo yet. She wore nothing but a bra and sweatpants in her latest Instagram post. She showed off cleavage and abs. The photo was more than just a sexy mirror selfie. Some fans think it’s a message to her ex-boyfriend, Travis Scott.

The Keeping Up With the Kardashians shared the sizzling photos on Instagram. She decided to go without her shirt. In the series of photos, Kylie pulled down her pants to show off her taut stomach. It wasn’t just the hot photos that drove her fans crazy. It was her caption that had fans wondering who she was talking about.

The Kylie Cosmetics founder dropped a series of sexy photos on Instagram. The photos were lit in a soft purple hue. Kylie Jenner posed in nothing but a beige bra and black sweatpants. In each of the photos, she pulled her pants down to show off her incredible body. She captioned the sizzling photos: “Miss u missin me.”

Some of her fans assumed the photos and accompanying message was for Travis Scott. One fan wrote, “Travis Scott,” with the question mark and thinking emoji. Another fan jokingly commented, “I’ll tag him for you” and then tagged the rapper so he could see Kylie’s hot photos.

“Dan Trav what did u do to this chick,” one fan wrote.

These steamy photos come after Travis deleted his Instagram account. He claimed that he wanted to shift the “focus on his family” instead of his music. Despite the rumors, Travis did not delete his Instagram account because of troll comments over his Batman Halloween costume, as initially reported. An insider told Page Six that the “Sicko Mode” rapper temporarily deactivated his account to “focus on his family,” meaning Kylie and their 2-year-old daughter Stormi.

“He is focusing on his family and their well-being and wants to influence his fans to do the same instead of being so consumed with social media,” the anonymous source told the outlet.

KUWTK star bathes in a tub of rose petals

This isn’t the first time that Kylie Jenner caused a meltdown on social media. Earlier this week, she posted photos of herself in a bathtub filled with pink roses. The entrepreneur is finding a way to get her followers to buy her skincare products. In her latest post, Kylie wore a blush-colored corset while lounging in a bath of rose petals.

The photo racked up over 3.7 million views on Instagram. As for her latest sexy selfie, over 10.5 million people had a peek at that. It’s clear that Kylie gave her fans a meltdown when she posed in a bra. She previously went viral when she shared a bikini pic that led to thousands of voter registrations.

What are your thoughts on Kylie’s latest photos? Including the bra one? Do you think she’s sending a message to Travis Scott? Sound off below in the comments section.