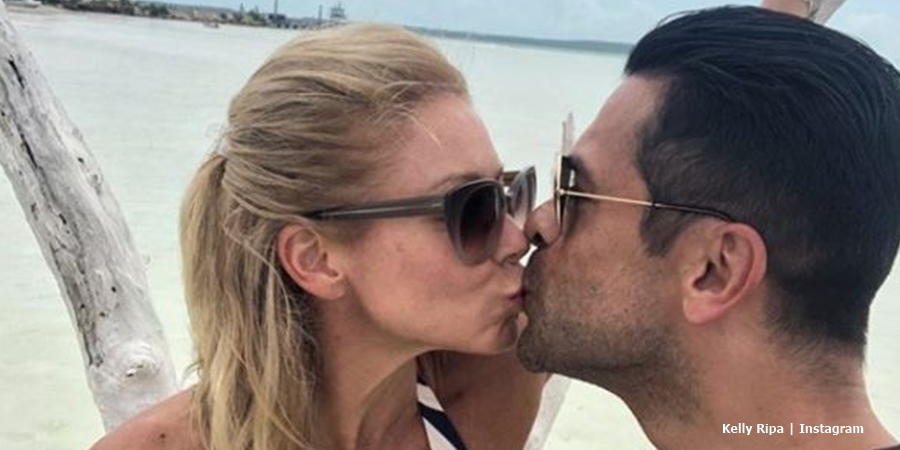 Kelly Ripa just confused a lot of fans. As she often does, she posted up on Instagram and never returned to answer questions. Post-and-run Kelly sometimes frustrates her fans when she does that. Now, the question is if her dad and Mark Consuelos’ dad became friends in the military? But she’s not answering any questions.

Like many celebrities, Kelly from LIVE with Kelly and Ryan took to Instagram on Veteran’s Day. She posted up two photos, of their respective dads. Her caption read, “These two young men served in the Army and Navy and grew up to be husbands, fathers, grandfathers and American patriots. Thank you Joe Ripa and Saul Consuelos for your service 🇺🇸.”

One photo revealed a man standing in army uniform and the other revealed two men walking along in naval uniforms. Actually, Mark looks very much like his dad, fans agree. But the wording seemed a bit vague as many fans thought she implied Joe and Mark’s dad, Saul, met before when they served in the military. Lots of comments came in about that. And some fans of Kelly Ripa were amazed at such a coincidence.

Fans excited about the dads being friends in the military

Many fans expressed their amazement as they believed the two men met and became friends before Mark and Kelly hooked up.  Here’s  what some of them said to Kelly Ripa:

Well, several fans chipped in with the absence of Kelly Ripa and answered on her behalf. A few of them noted that one of them served in the army and one in the Navy. And, they pointed out there were two photos in the post.

So, did they meet through their fathers?

Actually, the chances are very slim that the two men came friends in the military. After all, they served in totally different arms of the services. And, Hello Magazine reminds readers that Kelly and Mark “met on the set of All My Children.” The outlet also noted that Kelly Ripa once said that she “fell in love” with Mark when she spotted a photo of him “before she’d even met him in the flesh.”

So, it certainly looks like their dads never met each other and became best buddies during the war.

‘Return to Amish’ Star Rosanna Miller Pregnant With First Child!
Meri Brown Wishes Daughter Mariah Happy Birthday, How Old Is She?
Chrishell Stause Vacations In Paradise With Her New Man — Who Is It?
Downward Spiral?! TLC Fans Worry Tammy Slaton Might Be Suicidal
Netflix Original Series ‘Echoes’ From The Man Behind ’13 Reasons Why’