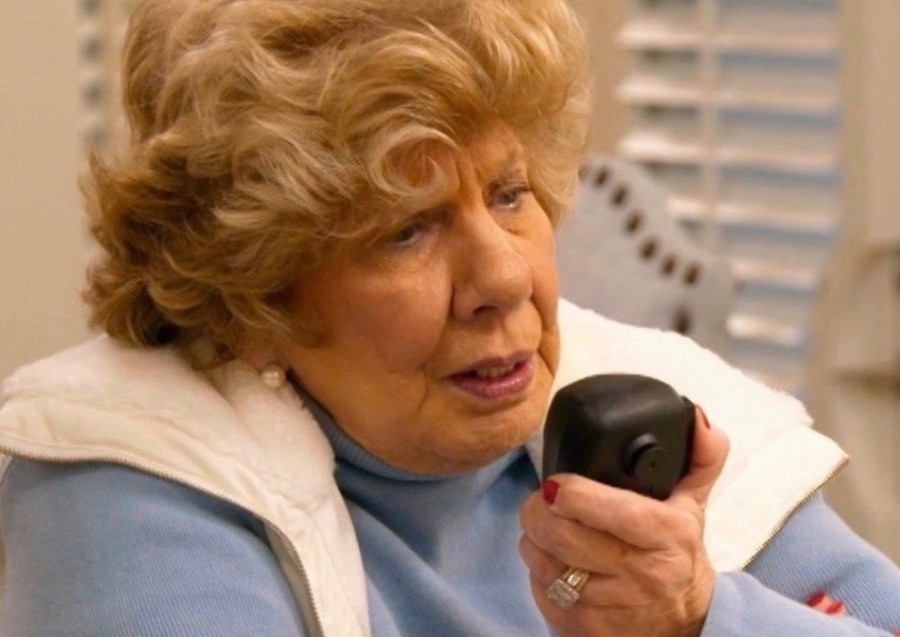 The trailer for the rest of the Chrisley Knows Best Season 8 shows some wild happenings in Nanny Faye’s life. In the clip, Nanny Faye wants to buy a truffle pig. She tells Chase, “Did you know that pigs were expert at sniffing out truffles.” He replies that he did not.

When they go shopping and talking to the pigs, Chase is the first to want to run away. Nanny just wants to go into the truffle business. Nanny is right at home with the pigs. Chase yells, “You’re going to get bit.”

According to Pet Pig World, pigs can smell truffles at up to twenty five feet underground. Truffles are used in cooking and are a type of fungi. Truffles are rare, and can be sold for a good amount of money.

When all new episodes return starting tonight, that’s not the only crazy thing the Chrisleys are getting into.

Despite Savannah’s questionable track record with cosmetology, Nanny Faye lets her dye her hair. Nanny is sitting in a chair with a head full of foils. When she asks how it’s going, Savannah says, “Oops.”

Her grandmother says, “What have you done?” Savannah replies looking under the foils, “if you go outside at night, you’re not gonna need a flashlight.”

In a new post to the Chrisley Instagram, there’s a bonus scene. Todd is trying to convince Nanny Faye that an IV drip will help her regain some youth. He tells her, “An IV will turn back time for us.” She tells him she doesn’t need an upgrade. The IV treatment they are getting is giving them Glutathione. It’s an antioxidant your body makes. It can help skin look better and clear dark spots on the surface.

The video captioned, “Nanny is puttin’ fire back in the furnace, ya’ll.” Faye tells Todd if the IV really turns back time they can be together forever. Todd tells Rob, the guy doing it, “Don’t give her as much as you give me.”

When Julie comes in and says she’s getting pizza and Todd says all the calories he’s having are in the bag. Nanny Faye is trying to go with her to get the pizza.

Drug Deals Are Uncovered And Father’s Day Is Forgotten

Todd Chrisley is just as curious as Nanny Faye when it comes to his neighbors. He sees them buying plants out of a van. Todd tells Chase, “I have uncovered the biggest drug deal in Tennessee,” while looking through the bushes.

He tells Chase to go take some pictures which Chase refuses to do. More than likely, it’s some kind of misunderstanding.

In other parts of the trailer on E Online, the Chrisleys create a drive-thru movie spot in their yard. Todd sits in a chair and says, “All dressed up with nowhere to go,” as it appears his kids forgot about Father’s Day. There’s still a lot more to come in this season of Chrisley Knows Best. It airs on Thursdays on the USA network.