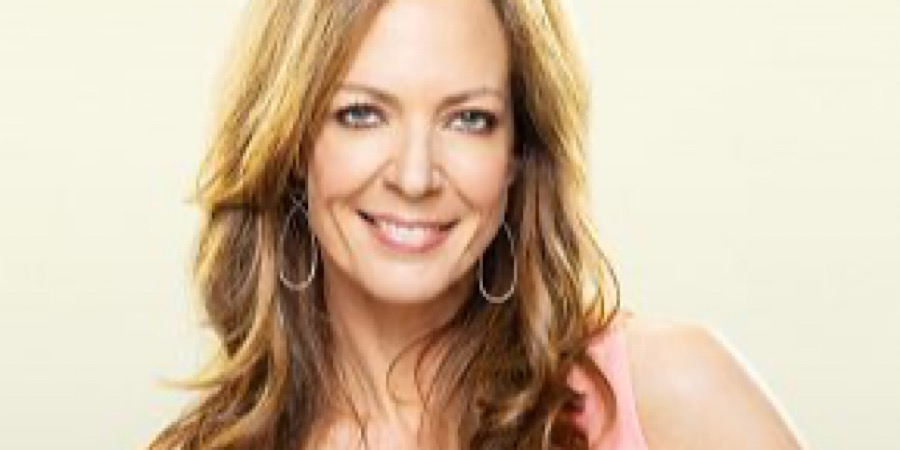 When Mom returned for Season Eight last week, fans were skeptical. Could the show go on sans Anna Faris? The actress played the titular role of Christy Plunkett on the CBS sitcom since its inception in 2013.

Anna’s departure was explained quite quickly. Her character was given a scholarship to a law school out-of-state. It was a hard pill to swallow but the ensemble comedy managed to bring the laughs. Mom also tugged at our heartstrings when Marjory revealed she had to get a stent in her heart. So, where are we week two? Find out now!

Adam and Bonnie Have An Anniversary!

It may be sad that Christy is gone, but at least Bonnie (Allison Janney) and Adam have each other. Over breakfast, they realize their wedding anniversary is coming up. This means Bonnie owes Wendy $100. Adam cannot believe she bet against their marriage but it’s Bonnie. He should know her by now. They decide no gifts and she can’t wait to share the news she’s still married at the AA meeting.

Marjory shares she has a gentleman coming to visit. Apparently, she has been courting two men. After her heart surgery, she decided to take the leap with one, Gary from Chicago. Her husband passed a while ago so it is time to live her life. The ladies gather at The Bistro to meet him and he’s a pain. Gary tells them what he thinks they should do. He is a know-it-all. No one can understand what Marjory sees in him. 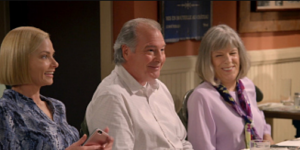 Surviving Gary and Charity From Jill

Jill is so distracted by Gary’s antics, she accidentally makes a donation for $50,000 instead of $500. Tammy can’t stand to be around him, she goes to stay with Bonnie. He has gone so far as to tell her how to open her mail correctly. Meanwhile, Jill goes to fix her charitable error. Her donation is extremely appreciated. Still, she asks for the money back, breaking so many hearts. Tammy goes to stay with her and sees what the money could have done. It starts to get into Jill’s head. Will she give the money back?

Bonnie and Adam are spending their anniversary at dinner with Gary and Marjory. Gary uses his phone light to see his food. He sees Adam’s steak is overcooked so he demands it be remade. When he learns it is their anniversary, he can’t believe how they are spending it. He makes a toast, forgetting Adam’s name and they cannot wait to leave. At home, Bonnie says she needs to talk to Marjory. Adam thinks this could ruin the friendship. He lost his friend, Mitch, because of Bonnie.

Gary has rubbed everyone wrong. No one wants to hurt Marjory but she deserves better. She sees a side to him she loves. She tells Bonnie she may move to Chicago with him. At a meeting, he gets up and shares. His share sheds light on a deeper side to him. They see why Marjory cares for him so much. He’s still a pain.

Jill goes shopping but all she hears is what the money can do for the charity. She does buy a purse she loves but it doesn’t make her happy. Tammy helps her think about what is really important. In the end, Jill goes and gives the money back to the charity. She even brings Tammy with her as it is for underprivileged girls. Guess everyone is finding their happy.

Next week, a “rock star” Bonnie slept with returns. Tell us: do you miss Anna Faris or not? You can watch Mom every Thursday night at 9pm on CBS.