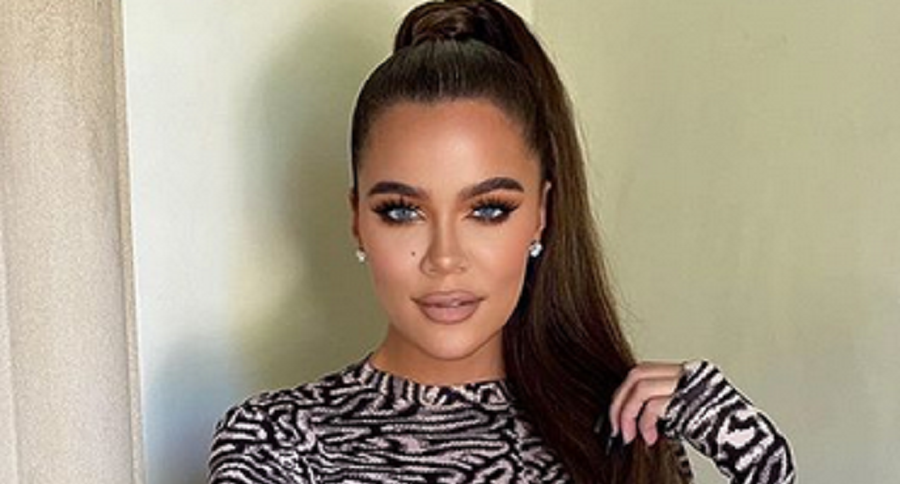 Fans think Khloe Kardashian is looking like Kim Kardashian West. Every time she shares a new photo on Instagram, they’re in shock over how she looks. The Keeping Up With the Kardashians star has them going wild over her latest transformation. She just shared a new photo of herself wearing an all-white ensemble.

She told her followers that she’s counting down to Christmas. But it’s not the holiday season that her fans are talking about. It’s her entire look that has them going crazy. Some of them talk about how much she looks like Kim Kardashian.

While these sisters are related, the resemblance is uncanny.

The Good American founder shared her holiday look. In the caption, she wrote: “Counting down the days until Christmas.” Fans flocked to the comments section to exclaim their shock over her latest look. Some of them had to do a double-take. “My jaw literally dropped when I saw this pic,” one fan wrote.

In the new photo, Khloe rocked dark brown hair, which makes her resemble Kim. And it’s the pose that had some thinking it was Kim Kardashian. To some, it’s the lips and features that made people wonder which Instagram page they ended up at. However, this isn’t the first time that followers have pointed out the resemblance.

Of course, looking like her famous sister is a good thing. Khloe has always felt insecure about her looks. Some people assumed that Kim was the hot sister of the family. It’s no secret that it’s had an effect on Khloe’s self-esteem.

Regardless, Khloe’s fans took to her recent post to let her know how great she looks. “OMG the beauty of you so perfect,” one user wrote. “The brunette queen is back,” another added. Of course, there were some who questioned how much work she allegedly had done to her face. It sparked concern among her followers.

Khloe Kardashian has been looking less like herself lately. However, she hasn’t been open about the amount of alleged plastic surgery she may have gotten. Khloe recently clapped back at a troll who commented about her ever-changing looks. She wrote: “From my weekly face transplant clearly.”

Back in 2016, she admitted to getting face fillers. But she has since denied the plastic surgery rumors. One follower accused Khloe of using a combination of plastic surgery and face-tune editing software to give her “a new face in every photo.” Despite the rumors, Khloe looks great.

What are your thoughts? Do you think Khloe wants to look like Kim? Do you think she’s gone under the knife? Sound off below in the comments section.