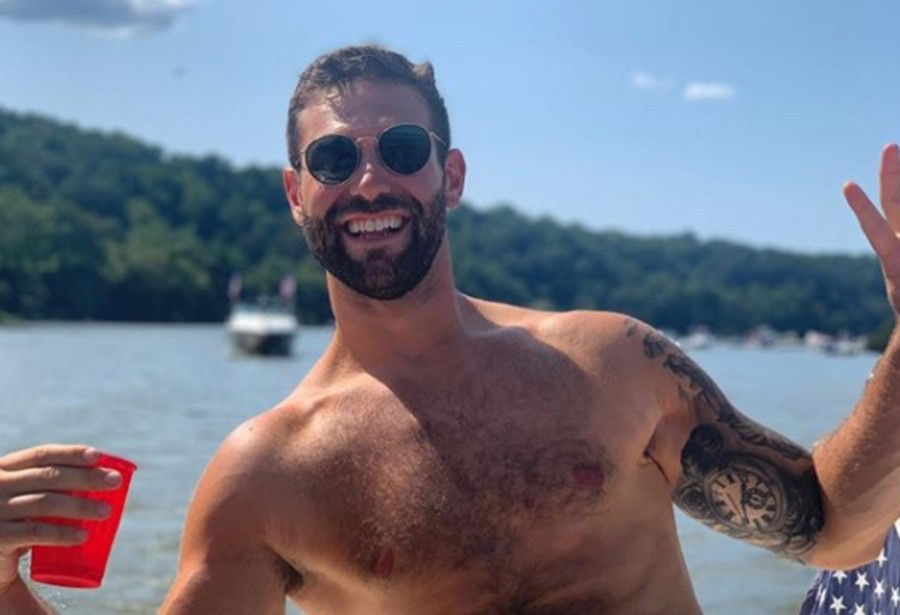 From the moment he stepped out of the limo with a pregnant belly, Jason Foster had Bachelor Nation’s attention. The former professional football player emulated what Clare did the first time she got out of a limo. Clare seemed to really enjoy the gesture and Jason got one of the only one-on-one dates with The Bachelorette.

But, then, Dale Moss consumed Clare’s every waking thought and no one else stood a chance. The problem a lot of people had with Clare’s treatment of Jason was that she made him get really personal. He was scared to open up and he did, on national television, and then she ghosted him.

Four weeks ago he posted a picture of himself at La Quinta. He captioned it, “The face you make when you realize, welp, here we go, I went on The Bachelorette and I have no idea what the hell I’m doing, but let’s enjoy the ride and see where it goes.”

Jason Foster had to leave before the end of the season, because he couldn’t get over Clare. He told Tayshia Adams it wouldn’t be fair to her if he stayed and left. This only sealed his appeal to the female population even more.

One Twitter user posted a picture of a girl on the phone. It said, “me calling ABC to never show Clare again after how she hurt Jason.” Another said, “Poor Jason. Clare made him pour his heart out on a one on one while she was already in love with Dale. He has to go home and mend his broken heart.”

Another said, “The Bachelorette did Jason so dirty. “Hey why don’t we make this tough guy open up about something extremely personal to manufacture emotional bonding and then just leave him out to dry. He deserves better.”

Let’s give Jason a round of applause for being so real with his emotions, and communicating how he feels. We love to see it! #bachelorette pic.twitter.com/iRXR25ramV

Jason Foster is honest on his Instagram, it says, “A regular at WaWa and Wegmans Buffet line. Former fat guy for the NFL/CFL. URI Alum.” Fans saw his emotions getting played with and he really had a tough time after Clare left. He told Tayshia he truly fell in love with Clare. He told the group of guys, which were adorably supportive of each other, “I’m crushed. I don’t know if my heart is going to come out.” Everyone watching wanted to give him a hug.

A Distractify article shared there was a perk with Jason leaving the show. The article said, “however, there is one upside to Jason’s decision to leave The Bachelorette : there is one more single, emotionally available, WaWa-loving man back on the market.” Who knows after he has time to mend his broken heart, he might be back on one of the shows looking for love again.

The Bachelorette airs on Tuesday nights.