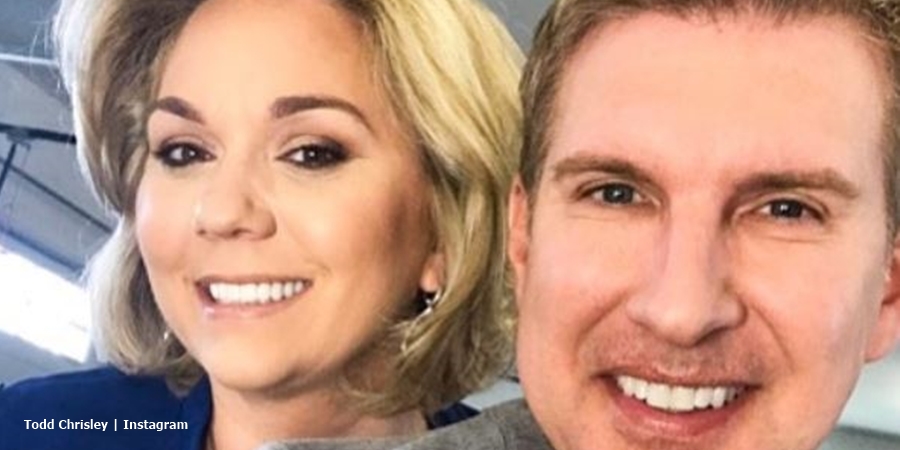 Chrisley Knows Best fans know that Todd gets up to all sorts of antics. But they seem pretty sure he never served in the Navy. So, when he shared a photo of himself wearing a uniform, some fans dragged him. And others joked at his expense. The photo surfaced when Chloe celebrated her 8th birthday this week.

On Tuesday, November 10, Chloe turned eight. Chase shared some photos of his little sister/niece. And Todd followed suit. But for some reason, in one photo, Todd dressed in a white military-styled shirt with lapels and four bars. Plus, his high peaked cap came with an elaborate badge. Some fans checked him out for insignia, but nothing appeared. So, they got to talking about it.

One Chrisley Knows Best fan became angry, and commented, “Very disrespectful to wear a military uniform when you are [not]or [n]ever been in.” But, others mocked him a bit. And, a less serious fan noted, “U look like the captain from the love boat u doing the remake 😂😂😂😂.” Then, another fan also noted the “love Boat” aspect.  They wrote, “The Love Boat [Chrisley] styled 🌟. Chloe is a little Princess and we love her too💓.”

Of all the comments, fans thought Dee Jay Silver’s the best. He commented, “damn dude …. did you join the sea org LOL.” That cracked up fans. But a few of them didn’t get the “sea org” connection. So, backtracking slightly, we reported that Todd Chrisley gets candid about his faith in God. And, he’s a Christian married to the daughter of a Baptist Minister. Meanwhile, the Sea Org’s a Scientology outfit.

If you don’t know, the “Sea Organization was established in 1967 and once operated from a number of ships,” the Scientology site explains. Leading members of the Church of Scientology, they still retain “maritime-style uniforms and have ranks and ratings.” And hilariously, the comments about Sea Org also tied in beautifully with some fans who watch Leah Remini’s Scientology show. So, many fans caught the humor aimed at the Chrisley Knows Best patriarch.

One fan commented, “lmao best comment ever…. what’s funnier is I’m watching Leah remini’s scientology show right now too 🤣🤣🤣.” And, another fan who also watched it, said, ” me too, that’s why I was like: oh… scientology?? Hahaa!” Plenty of other fans giggled at Todd. And, one of them noted to Dee Jay Silver, “🤣🤣🤣🤣 I can’t stop laughing!”

Others agreed it made for the funniest comment of the day. But, the star of Chrisley Knows Best didn’t come back and clarify why he stood there in his Naval-looking splendor. And until he does, no doubt, fans keep on getting a giggle from Dee Jay Silver’s comment.

Do you know why Todd Chrisley from the USA Network dressed in a naval-looking uniform? Sound off in the comments below.