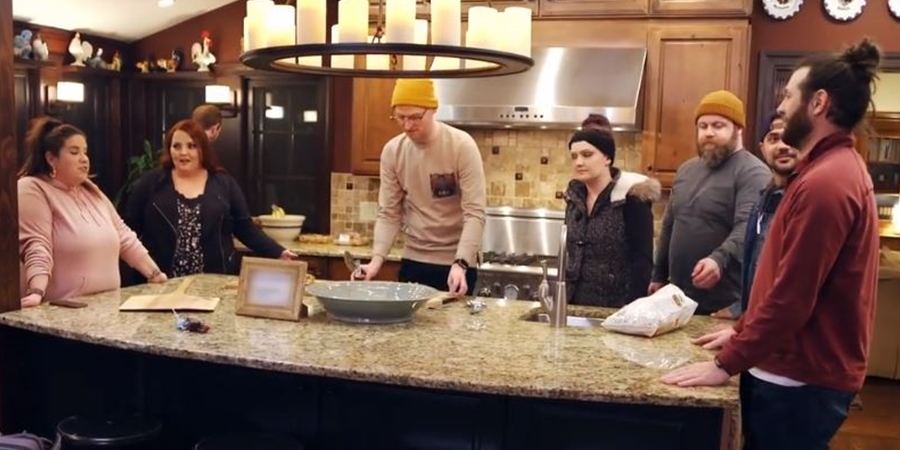 MBFFL returns on November 10. So, fans sound jubilant. The show picks up where the last season ended. Recall, Chase Severino proposed to Whitney Way Thore in Paris. And, the new trailer reveals more about wedding planning. And it revealed that the My Big Fat Fabulous Life star never planned on changing her surname to Severino.

MBFFL takes a step back in time this season

We reported that “after celebrating a magical, picture-perfect engagement in Paris at the end of 2019, My Big Fat Fabulous Life star Whitney Thore [seemed set on marrying]…Chase Severino.” And the show teaser steps back a bit even though fans already know about how it all turned out. Recall, Whitney took to her Instagram and announced they broke up. But in the show, fans revisit happier times first.

TLC network’s Instagram dropped a new teaser on November 9. There, MBFFL fans see a happy Whitney. And she and her friends all stand around discussing the upcoming wedding. These friends include Todd Beasley, Ashley Baynes, Heather Sykes and Ryan Andreas. Chase Severino’s also there. And he looks a hit horrified when they start talking about holding the wedding in Ireland.

Talk turns to wedding hashtags – Whitney’s not changing her name

Well, the chatter’s all excited and a bit of bantering comes except from Buddy. And, it’s not appreciated all that much. “Hashtag BuddyShutup” got mentioned by Chase. And, the hashtags revealed that Whitney thought about “ChaceAndWhitney,” and #ChasingWhitneyDownTheAisle.” Chase seemed quite good-natured about that ridiculous scenario, as if she planned on fleeing for her life.

Well, fast forward, if she knew the future, she probably would have done just that. After all, Chase got another woman pregnant. E! Online also wrote about the Hashtag discussion. And, when a friend suggested she use the tag “#ThoreNoMore,” Whitney dismissed the idea. She said, “But I will still be a Thore.” And, she added, “I’m not set on changing my name yet.” Sadly in hindsight, the MBFFL star called it between her and Chase way back then. 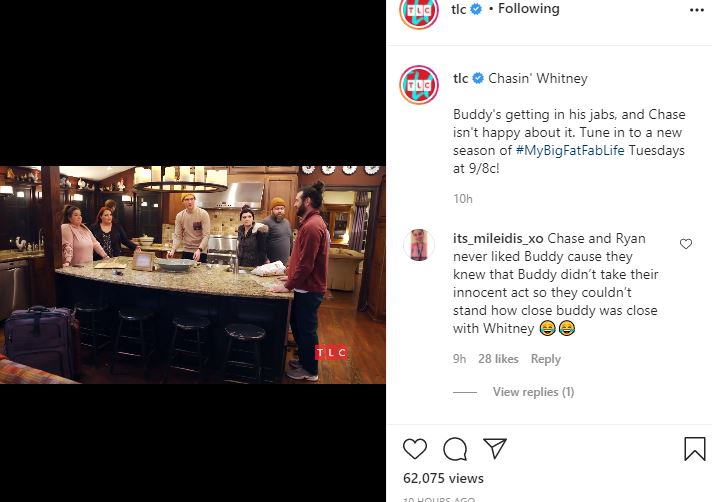 In the comments section of the teaser on Instagram, one TLC fan noted, “Ugh I now hate him can we please just get more of Whitney and babs and delete his scenes thank you.” And another one commented, “Gonna have a hard time watching knowing what happens…I’m just happy she is ok.” But, others still hope that Whitney and Buddy end up marrying instead.

Then, another MBFFL fan wrote,” don’t know if I’m mentally prepared to watch Whitney get hurt this season. 😞.”

But many fans of My Big Fat Fabulous Life believe the whole engagement between Chase and Whitney was scripted by TLC anyway. What do you think? Sound off your thoughts in the comments below.