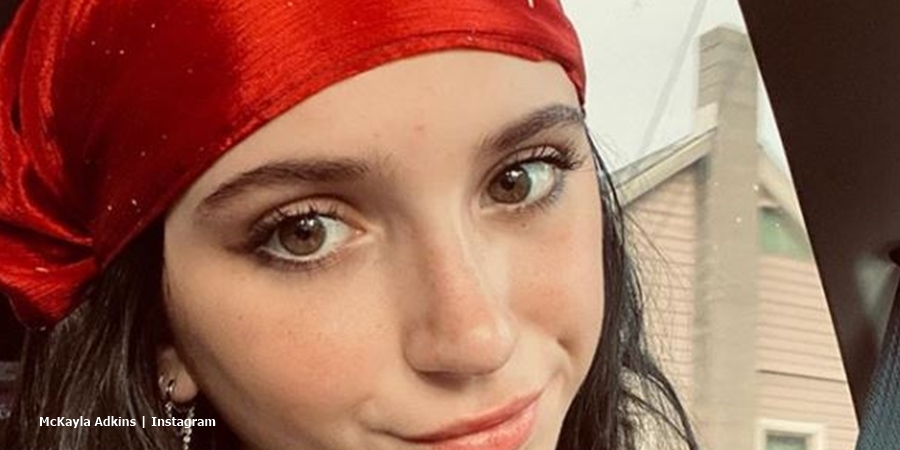 Unexpected star McKayla Adkins usually wears her hair quite long. But, she experienced a hair disaster so she cut it almost all off. Slightly longer than a buzz cut, she actually looks quite cute, some fans think. And it makes her eyes look beautiful and very large.

We reported back in May, that some fans took issue with McKayla because she started an OnlyFans account. And, she posted nudes. Well, she’s not the only TLC star who does that. Actually, some people don’t mind their favorite stars doing that sort of thing as it helps them earn money. At the time, she said that she feels “more beautiful” than she ever felt before. And, she takes it as a body-positive experience.

Now, following a hair disaster though, she looks less than confident as she wears a knitted cap. Taking to her Instagram on the weekend, the Unexpected star told her fans about it. She shared two very cute photos of herself with her knitted cap on. And, in her caption, she wrote, “If you didn’t see my tik tok I shaved my head 😅 (my hair melted off after getting it professionally done😃👍🏻).” Well, an argument arose because some critics think she shouldn’t blame a professional.

Some people got all worked up about the hair dye “melting.” One told her, “Anyone who cared about the integrity of your hair wouldn’t have highlighted it.” That came after they asked McKayla if she told the professional her “hair dye history.” Well, McKayla told them, but they persisted in questioning that fact. Mind you, why would she lie? So, a few fans told the critics that life’s so much bigger than hair that grows back.

Another Unexpected fan reminded people that McKyla experienced a hair disaster in the past. They noted, “You have the worst luck with your hair.😕 I remember the last time you shaved it off because of the damage.” But, it looks like McKayla already thought about hair disasters in the future. In fact, she told her followers. “I’m about to go to cosmetology school so that’ll also help!” 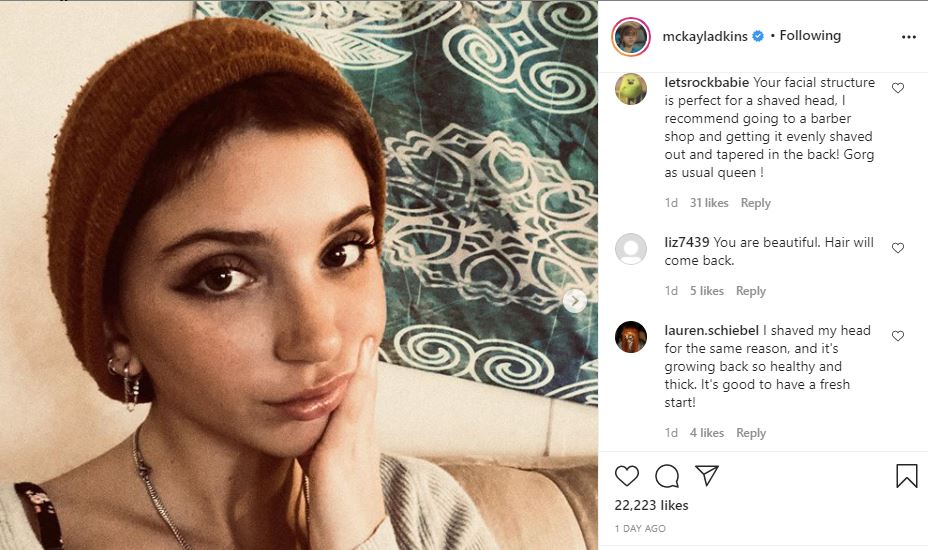 Not every fan thought McKayla looked bad with her short-short hair. And one told her that she looks “cute” and it makes her eyes look “huge.” And, another fan wrote, “Your facial structure is perfect for a shaved head, I recommend going to a barbershop and getting it evenly shaved out and tapered in the back! Gorg as usual queen!” More compliments arrived. And actually, she looks a bit like a pixie with those big eyes.

Anyone can suffer a hair disaster. And, sometimes it works for people: like Savannah Chrisley who also went super-short. What do you think about the Unexpected star shaving her head after a hair disaster? Do you think she looks cute and her eyes look huge? Sound off in the comments below.