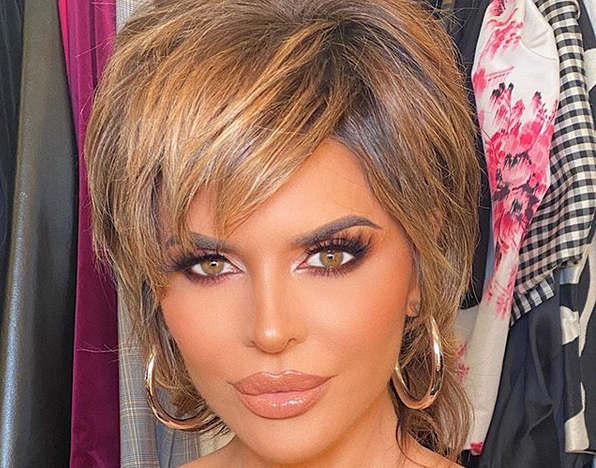 Lisa Rinna will find herself at odds with someone new in The Real Housewives of Beverly Hills Season 11. As fans remember, she feuded with Denise Richards in the previous season. Brandi Glanville alleged that she had an affair with the Bold and the Beautiful actress.

But that’s not all. Brandi also revealed that Denise allegedly talked about her co-stars behind their backs. Rinna had doubts about their friendship. The outspoken personality is known for her feuds on the show. According to a new report, she’ll find herself going up against new cast member Kathy Hilton.

On Thursday, November 5, All About the Real Housewives posted a new report. It revealed that Kathy Hilton will distance herself from Lisa Rinna during filming. She is also planning a “takedown” against the former soap star. This could come as good news to those who do not like Rinna. She’s been criticized for her treatment of her co-stars and her “mean girl” behavior.

Kathy has yet to confirm this report. But rumors have been swirling that she joined The Real Housewives of Beverly Hills to take down Lisa Rinna once and for all. This is an interesting development since Rinna is good friends with her sister, Kyle Richards. But she has feuded with Kim Richards in the past.

According to a new YouTube video posted by The Real Andy of Beverly Hills, Kathy wants to end Kyle’s friendship with Rinna. She believes that the Rinna Beauty founder is a “bad influence” who doesn’t reflect well with their family.

“It’s going to be Kathy vs. Lisa Rinna,” the YouTube influencer said. “Kathy has decided not to follow, on any social media platform, either Lisa Rinna or Erika Girardi.”

The report revealed that Kathy is “taking a stand” against Rinna and Erika Jayne. She also has plans to go “full force” with her claims. She wants the viewers to see that Rinna has been “manipulating” her cast members for years.

“Lisa Rinna is the manipulator behind everything,” Andy said.

Fans remember when Lisa Rinna feuded with Denise Richards during RHOBH Season 10. Back in September, Denise announced her exit from the Bravo series after two seasons.

She went up against Lisa Vanderpump during RHOBH Season 9

Long before she scared off Denise, Lisa Rinna went up against Lisa Vanderpump. This led the restaurateur to leave the series behind. As the report noted, Kathy wants to “try and save the Richards name as much as she can.” Kathy has been on the show before.

But it wasn’t until Season 11 when production offered her a part-time position. Prior to that moment, Kathy has only appeared in cameo roles. Previously, People confirmed that Kathy joined the series as a part-time Housewife. As for Kyle, she’s on board with the decision.

Would you like to see Lisa Rinna vs. Kathy Hilton? Share your thoughts below in the comments section.