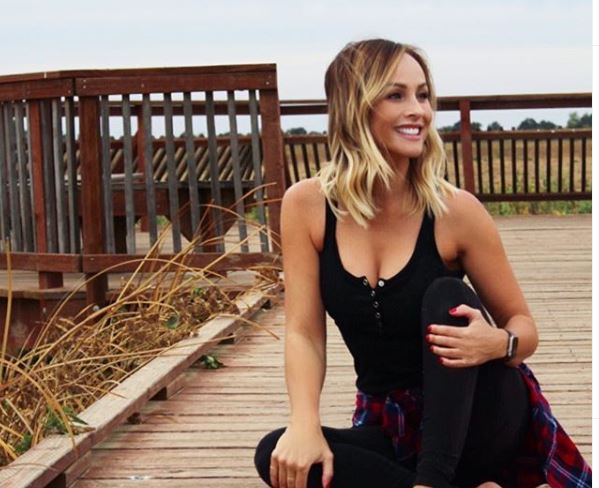 Tonight on The Bachelorette 2020, viewers saw Clare Crawley and Dale Moss get engaged. This couple is living their love story. Neil Lane showed up at the last minute to get Dale a ring to pop the question with. Fans got to see Chris Harrison make a video call to Neil to get him there in time. Here are the details on Clare Crawley’s new engagement ring.

Dale Moss proposed to Clare Crawley with a huge Neil Lane ring. One thing that is special about this ring is that Neil designed this one himself. E! Online shared the details about the ring. Here is what they had to say.

“a central radiant cut diamond framed by 2 shield cut diamonds and further accented with 145 smaller round cut diamonds. The approximate total weight of all the diamonds is 4.5 carats.”

Clare Crawley seems pretty proud of that ring. You can easily assume that she will be sharing a lot of pictures of it and letting the fans see. She got her happy ending finally.

Clare Crawley was actually spotted wearing her ring. Fans were surprised to see the pictures today before the episode even aired. It does look like she got her ring back early. Clare should have at least waited long enough for the fans to see the episode. This makes it pretty obvious they are still together. You can see a glimpse of her big ring in the picture below.

How much is her hand weighted down by that thing? Geez https://t.co/e7Q4nBtRy4

It is now Tayshia Adams’ chance to try and find love. She replaced Clare Crawley when she left the show early with Dale Moss. This is the first time something like this has ever happened on The Bachelorette. Things were also different since Clare got the chance to know who her guys were before the show started filming. This meant she could social media stalk them and get to know them really well. Clare admitted to doing that with Dale Moss, but won’t admit that they ever talked to each other before the show. Regardless, this couple is doing well.

Don’t miss new episodes of The Bachelorette on Tuesday nights on ABC. Now it is time to see if Tayshia Adams can find love. Everyone is hoping that she gets her happy ending as well. It would be great for two couples to come out of this season.