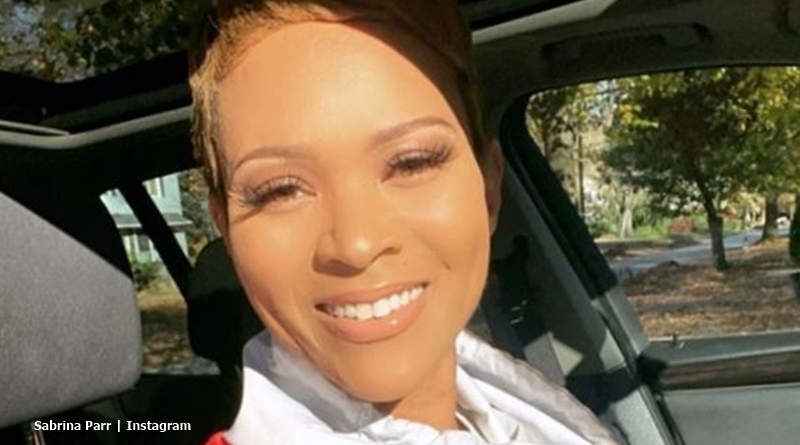 KUWTK fans heard that the ex-husband of Khloé Kardashian, Lamar Odom announced his engagement to Sabrina Parr. And they hoped for a wedding sooner rather than later. But, it looks like it’s all over, as Sabrina said they split. The announcement came via Instagram Stories on November 4.

KUWTK – Sabrina breaks off her engagement with Lamar

We reported that Lamar went public about Sabrina, a “fitness trainer.” And about three months later, they announced their engagement. But, he came along with some old baggage that might have led to them splitting now. Recall, in 2015, Lamar “suffered a serious overdose.” It came when he and Khloé Kardashian were separated. Later, they divorced.

On Sabrina’s Instagram, nothing untoward seemed in play between them. At least, not recently. There, she mainly posts things about fitness. But out of the blue, on November 4, she announced that they split. It seems the KUWTK alum still carried a lot of issues with him. Hollywood  Life reminds readers that the Keeping Up with the Kardashian alum suffered terrible “complications” when he overdosed. They noted that he mentioned “strokes” and “heart attacks.”

Sabrina wrote on her post that she comes out “transparent,” noting they split. And, she wanted to be the “first” one with the news. Notably, she explained that she came to the decision with some difficulty. But, she feels it’s “best” for her and her kids. And, she noted that he needs to work through his “issues.” She takes a step back while he gets “help.” Somehow, it sounds really sad as Sabrina claims that she still “loves” him.

Fans know that the couple went through a whirlwind romance before Lamar plunked that fat ring on her finger. And, they genuinely looked happy together. The KUWTK star said that she might be the best thing in his life. So, whatever issues he deals with now probably impacted on that outwardly happy affair. So far, Lamar Odom said nothing about the split on his Instagram. In fact, his last post came a week ago. 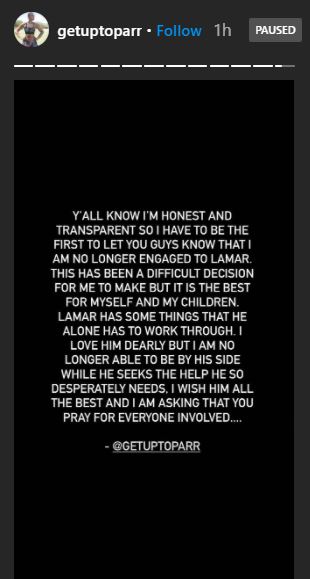 Fans not yet up to speed on the split

Sabrina’s latest post, came a few hours before she shared about the split via her stories. It mentioned nothing about the engagement. And fans talked about home and gym fitness. So, it looks like many people missed the story about the engagement. But, no doubt, they head off over there soon and put in their comments.

Sabrina seems very respectful of the KUWTK alum and asked fans to pray for everyone in her story. So, maybe fans also respect them and don’t say any nasty things.

What do you think of the sudden news that Lara Odom and Sabrina Parr broke off their engagement? Sound off in the comments below.