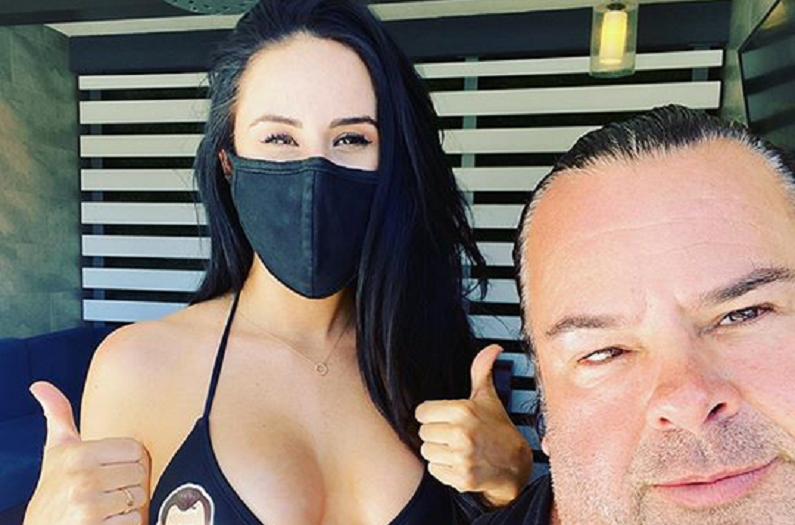 The 90 Day Fiance star trolled his fans on Halloween. But they didn’t understand his joke. He took a picture with his “Bride” and told his followers that she “wants 10 kids.” This comes after Big Ed Brown’s relationship with Rosemarie Vega.

On Season 4 of Before the 90 Days, Big Ed and Rose’s relationship ended on bad terms. She wanted kids and he didn’t. However, Ed didn’t inform her about his decision to get a vasectomy. He avoided telling her that he doesn’t want kids before going to the Philippines. Now, he’s taking a dig at his ex-girlfriend while leaving his fans confused.

On Monday, November 2, Big Ed took to Instagram to share a photo of himself with his “Bride.” Most of Ed’s 90 Day Fiance fans didn’t understand the joke. Clearly, she was in a Halloween costume, but they didn’t realize that. Some of them thought that Ed really got married and was now ready to have kids. Here are just some of the comments:

There were some fans who wanted to know how he got such a beautiful woman. It’s no secret that Big Ed often poses with much younger women on his Instagram page. Others called him out for his sarcastic caption. They assumed he was throwing shade at Rose once again.

The former 90 Day Fiance star has been spotted with many women lately. Fans think Big Ed is trying to get back on the TLC series. The television personality was recently spotted with an Asian woman. According to the 90 Day Fiance fan account @90daysfiances, the duo was in deep conversation at the airport.

The mystery woman held a bouquet of roses. It looked similar to Rose and Ed’s meeting on Before the 90 Days. The caption read: “Breaking news @thisisbiged with new girlfriend who is she #biged.” The fan account also included a series of rolling eyes emojis.

90 Day Fiance fans shared their reactions to the photo. Here are just some of the hilarious comments:

As fans know, Ed was rude towards Rose. He received a lot of flak for the way he treated her. While he does have a huge following, most of his fanbase love to troll. So, he decided to return the favor on Halloween.

‘Married at First Sight’: Jacob Can’t Deal With ‘High-Strung’ Haley
‘Days of Our Lives’ Spoilers: Sarah & Xander Plus One?
James McCoy Taylor Survives Near-Death Accident
Joe & Kendra Duggar’s New Baby Shares Her Name With A Family Member
How Far Along Is Scheana Shay And What Is Her Due Date?