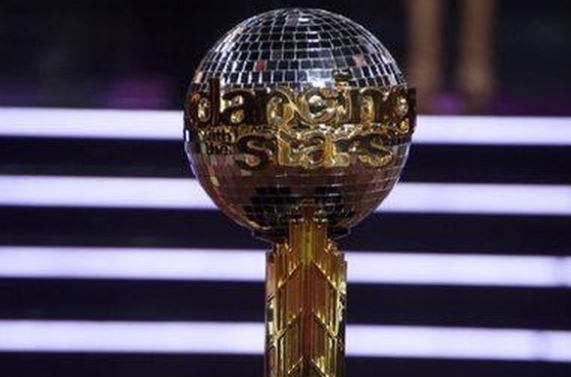 “My hips don’t lie and I’m starting to get tendonitis,” Cheryl said during a recent podcast appearance. “For a woman, as far as ballroom dancing competitively goes, normally in their 30s [you retire]—I’m 36—so it’s time to hang up those shoes.”

Even though Cheryl is one of the older DWTS pros on the show, fans love watching her compete with AJ McLean this year. If she chooses to retire, she will definitely be missed.

“I also don’t want to be like that oldie that’s like, ‘Oh here comes Cheryl doing the same choreography, just going slow but in her head, she thinks she’s going that fast,'” the dancer joked. “I also don’t want to I guess be a dancer and have my partner having to be like, ‘Can’t lift.’ There’s a time and a place for it all.”

But even if she hangs up her dancing shoes, she may not be through with Dancing With The Stars forever. Cheryl admits she really would like to be a judge at some point.

“It would be really great for me just to use my mouth and not my body,” she added. “Four judges? It’s fine. Just give us each five seconds.”

Cheryl Had An Injury During The Week of Villains Night

During rehearsals for Villains Night, Cheryl suffered a painful head injury. She slipped during her Tango with AJ and smacked her head right on the floor. However, medics cleared her to perform and the pair did quite well. AJ and Cheryl will definitely perform on tonight’s episode.

“Thank God for the ballroom floor, that it’s a real ballroom floor with springs underneath it. Because my head was like a basketball,” Cheryl told ET shortly after her injury. “First it was my right buttcheck that landed. Thank God I have a little cushion back there. Then I was trying to stop my neck. Basically, if I would just have released my neck it would have been no bueno.”

The competition tonight will not be easy. We’re doing two dances & we need your votes! Voting is only open during the ET/CT live airing for the show, so if you live on the west coast – start voting at 5PM pst! Text AJ to 21523 and vote online at https://t.co/jRJFdXaMgq (10x each) pic.twitter.com/8cpwA23JCl

Will you be watching Dancing With The Stars tonight? You can catch all the action at 8 PM on ABC. Tonight was supposed to be a special double elimination night, but that’s no longer the case. Following Jeannie Mai’s medical emergency and withdrawal, only one couple will go home tonight.

If you want to keep Cheryl Burke and AJ McLean safe, you have to vote. Will you be cheering them on? Let us know in the comments.