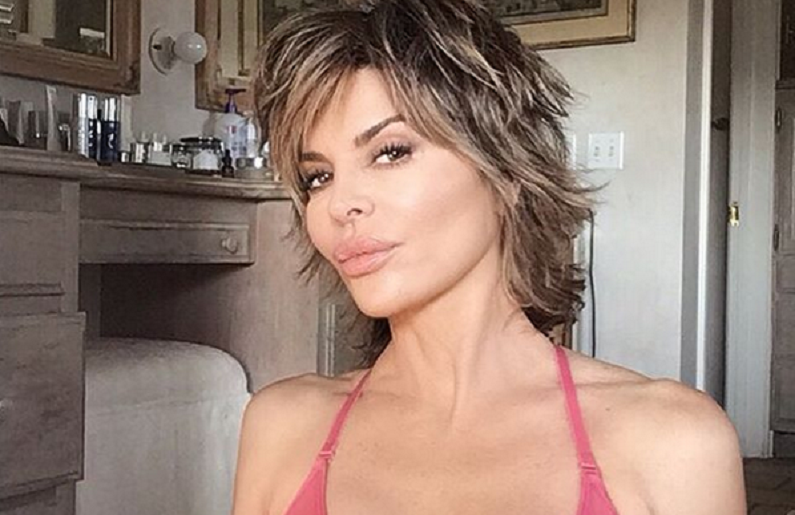 Lisa Rinna is trying to get her followers to vote. The Real Housewives of Beverly Hills star posted a new dancing video on Instagram. As fans know, her dancing videos can cause backlash. Some of her followers don’t like to see her dancing in skimpy underwear. Even her RHOBH co-star, Garcelle Beauvais, shared her thoughts during Season 10.

As for Rinna, she’s going to keep on dancing. She previously danced her way to the polls. Now, she’s dancing to get her followers to the polls on Election Day. While her latest dance video is hilarious, it also had an important message. She reminded everyone who didn’t vote to cast their vote on Tuesday, November 3.

Lisa Rinna shimmies down in a new video

The former Days of Our Lives star had a good time on Sunday afternoon. Lisa Rinna danced away in her garden while husband Harry Hamlin took care of their plants. He was in the background, unbothered by Rinna’s dancing. The 57-year-old danced to the 1967 hit song “Ain’t No Mountain High Enough” by Tammi Terrell and Marvin Gaye.

She started the video by swaying her arms. Then, Rinna got in front of the camera and danced around Harry Hamlin. She had on a blue tie-dye sweatshirt with the word “LOVE” emblazoned across it. She paired it with leopard print leggings and a blue baseball cap that read “VOTE.”

Even Harry Hamlin got in on the fun. He carried a watering pail that had “VOTE” taped across it. He also wore a tank top that read “VOTE” when he gave up his gardening work and danced with his wife. The couple had a good time as they danced away in their garden.

This was Rinna’s last-ditch effort to encourage her followers to vote. On Instagram, she’s been talking about how important it is for people to get their voices heard. The dance video was well-received by her followers and fellow celebrities. Most of them took to the comments section to share their support.

The comments come pouring in

As of Monday, November 2, the clip received over 418,000 views. It also included information and resources on how people can cast their vote. Live With Kelly and Ryan co-host Kelly Ripa loved seeing the couple dancing together. She wrote, “I love when #mami dances at #daddy.”

RHOBH co-star Sutton Stracke said Rinna’s dancing video was the “best one ever!” Real Housewives of New York star Sonja Morgan gave her seal of approval. But fans were more impressed with Harry Hamlin’s dance moves. Some of them were in shock to see him dancing.

“Omg…. I’ve been waiting for this my jaw just hit the floor…go Harry Hamlin!” one fan wrote.

“I love how he finally let’s go and joins in on the dance,” another user wrote.