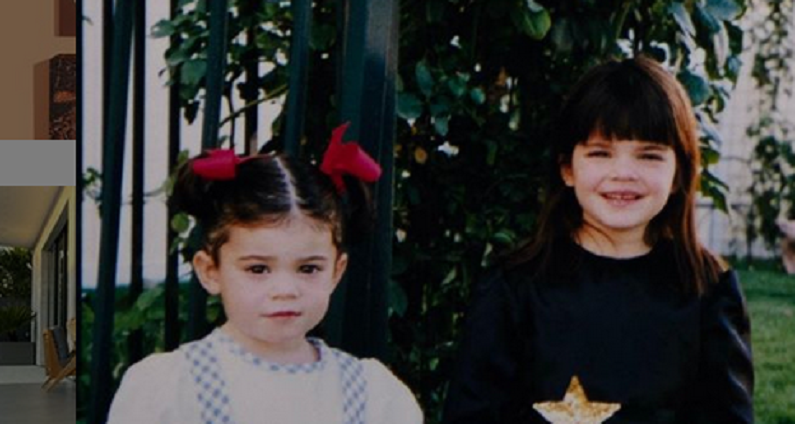 Earlier this week, Kendall and Kylie Jenner dropped their new clothing line. The two sisters are joining fashion forces again. And now, they recreated one of their Halloween costumes. Of course, it’s the sexy version of what they wore when they were little girls.

Kendall and Kylie gave their fans major nostalgia over the weekend. They took to their respective Instagram posts to show off their creative costumes. The sisters wanted to go back in time and take inspiration from one of their childhood Halloween costumes. This comes as no surprise to fans since they sometimes love to coordinate with each other.

Kendall and Kylie Jenner go back in time this Halloween

As per E! News, Kendall and Kylie Jenner recreated one of their childhood Halloween costumes. Kylie took to her Instagram Story on Friday, October 30 to show the before-and-after photos. The sisters gave their costumes a sexy update. But they still kept the essence of their original outfits.

Kylie wore a baby blue crochet bikini top with a sheer mini skirt and flared stockings. The 23-year-old accessorized her look with a pastel pink wig and a bright yellow bracelet. As for Kendall, she wore a white embellished bra with a sparkly silver skirt that featured a high slit. She also donned white lace-up boots, a platinum blonde wig, and a metallic pink purse. Kendall and Kyle made the same smile as they did in their childhood photos.

Kendall and Kylie Jenner had plans to celebrate Halloween together. Hollywood Life previously reported that the two celebrated Halloween as well as Kendall’s 25th birthday party. TV Shows Ace just revealed all of the details of the star-studded event. The supermodel wanted her younger sister there on her special night.

Kylie Jenner was rumored to be attending a huge Halloween bash this weekend. It turns out that it was thrown by her sister Kendall Jenner. The coronavirus pandemic hasn’t slowed them down from celebrating any special occasions.

“Kendall Jenner is throwing a big Halloween party,” an insider told Hollywood Life at the time. “Kylie and a bunch of her friends are attending.”

The bash took place at Harriet’s Rooftop in West Hollywood. The Jenner sisters’ closest friends along with 100 other celebrity guests attended the event on Halloween. Kylie hasn’t been shy about partying or traveling. She previously took a trip to Paris over the summer.

At the party, Kylie went as a King Cobra. She shared photos of her look on Instagram. As for Kendall, she got inspiration from Pamela Anderson’s action movie, Barb Wire. In her Instagram post, she encouraged her followers to vote for the upcoming election.