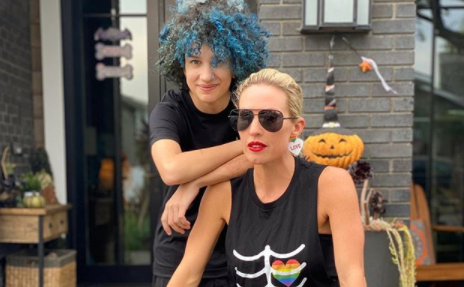 Braunwyn Windham-Burke doesn’t come across as a woman with a lot of regrets. She does have one at least from filming last season of The Real Housewives of Orange County. Burke has been open about her battle with alcohol and how she’s proud of herself for getting sober.

She said one regret is, “Not standing up for myself more last year, for sure. I wish I had been stronger. I wish I had been the woman I am now then.” Her most embarrassing TV moment came from crying in a Hawaiian shirt on a bus. That scene stemmed from an argument with co-star Tamra Judge.

Braunwyn Windham-Burke Is Close With Other Housewives

According to US Weekly, Braunwyn Windham-Burke is close with a lot of fellow housewives on other shows in the franchise. She said, “Maybe I’m an anomaly, but I actually have real friends in the different franchises.” She went on to say she’d love to join Salt Lake City or Dallas because she loves the women on those casts.

Burke said she is especially close with Heather Gay from Salt Lake City. She called Heather her “ride or die.” Braunwyn also said she had been seeing someone who wasn’t her husband. In a separate interview she said her and her husband have a modern marriage.

On a recent post a follower commented, “stay married. Don’t know what you got until it’s gone.” Braunwyn Windham-Burke responded, “we are just redefining it into something better.” 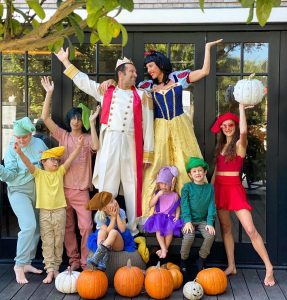 Who Is The Other Person In Her Life?

Braunwyn Windham-Burke is keeping mum about who the other person in her life is. She said, “There’s someone in my life right now that makes me happy and I smile just thinking about, but I kinda want to protect it right now.” The reality star revealed she knows it’s unconventional, but she’s happier than ever. She said, “I know if you look at social media, it seems really like crazy, but things are really good in our house right now.”

The reality star and her husband are parents to seven children with the youngest being two-years-old. The two live apart at the moment but she said they plan to stay together. Being there for her children is Braunwyn’s focus right now.

Recently she posted a picture of herself with her son. She said, “I got your back no matter what.” The star is wearing a rainbow shirt and heels in support of pride. Fans praised her for being a source of support and unconditional love for her children. One fan said, “you and Sean are just adorable the way you look at each other, there’s a deep soul connection that shines through.” You can hear more of her confessions on Us Weekly.