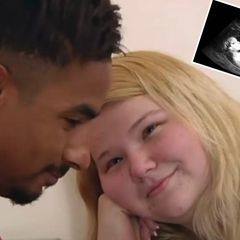 Fans are voicing their opinions about the former 90 Day Fiancé star Nicole Nafziger after she promoted bad products. Fans say they are unhealthy and are “fake” weight loss products.

Nicole is already known for posting clickbait and fake products on her Instagram. Fans are now trashing the TLC star for promoting a weight loss app. Her fans feel as though the app doesn’t work and she shouldn’t be putting her name on another “fake” item.

Fans have not liked Nicole Nafziger

Nicole first appeared on 90 Day Fiancé: Happily Ever After? Season 5. She received a lot of criticism from viewers for not respecting her fiancé, Azan Tefou’s culture. Many people also felt that Azan wasn’t in love with Nicole but was only looking for a green card.

Nicole quit her job at Starbucks and took a five-month journey to Morocco to be with Azan during the Coronavirus outbreak. She left her young child with her parents before setting off on her trip. Fans slammed her and said it wasn’t worth the risk. Some fans didn’t even think she was there because she never posted pictures of Morocco, only sitting in front of the television. 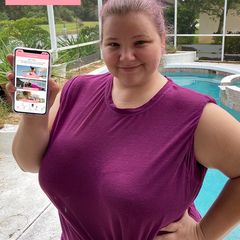 Time to step away from the backlash and hate

The two said they both decided not to appear on any of the 90 Day Fiancé spin-offs and step away from the show. Fans don’t buy it and suggested that it was majorly Nicole Nafziger’s decision to drawback. Nicole still manages to get people’s attention by extending her stay in Azan’s country, Morocco, and neglecting her daughter, May. She then posted a clickbait picture on her Instagram and falsely suggested that she was expecting a baby with Azan, upsetting fans further.

Nicole is the shadiest person that’s appeared on the TLC show, so when she posted on her Instagram, everyone was up in arms. Nicole posted a picture of herself sitting on a yoga mat while wearing a workout outfit. She captioned the photo as, “With the daily reminders to get my workouts in and all the healthy recipes to choose from, I’m feeling good!” But most of her Instagram followers think she is sponsoring a fake product, which won’t do any good. According to an article by Screen Rant.

What did fans say about Nicole Nafziger’s promotion?

Her fans didn’t buy into the idea and called her out! One writes, “Stop scamming your fans…. this sh*t is horrible and horrible for you…. you feel good selling out and making money off people that could possibly get sick by these products?” If the product is truly “fake,” then Nicole Nafziger should be choosier about what she promotes, especially since so many already don’t trust her.