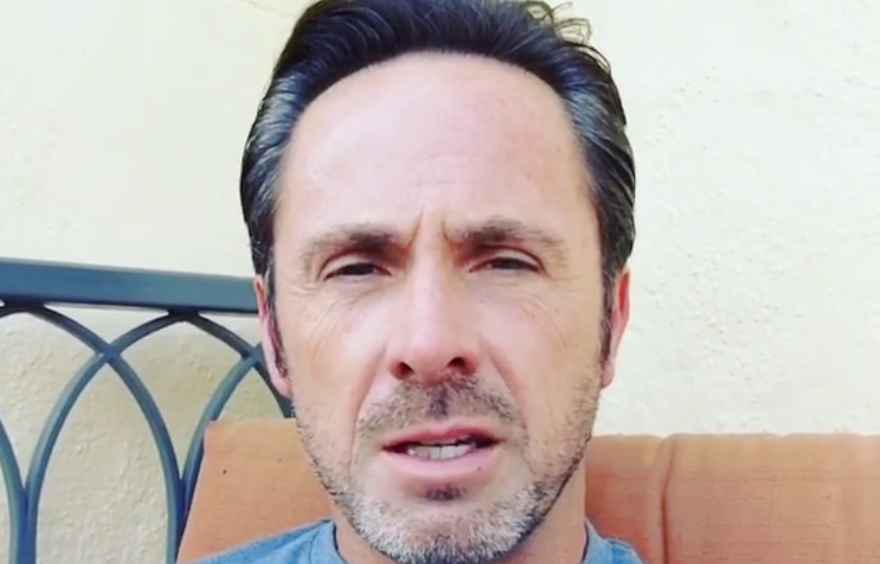 Rumors have been swirling that General Hospital star William deVry will be leaving his role as Julian Jerome. His departure has yet to be confirmed by the network, the show, or other actors in the soap. However, deVry’s Twitter account doesn’t do much to subdue fans’ fears that he is leaving. Meanwhile, his Instagram profile makes no mention of the ABC soap.

Fans were shocked earlier this week to hear rumors that both William deVry and his fellow co-star, Emme Rylan, have been let go. The news of Rylan possible exit was certainly a bad surprise. Meanwhile, rumors keep on circulating on social media that deVry could also be exiting the popular medical soap.

Recently, de Vry has taken to Twitter to respond to various posts by fans about his supposed departure. He is certainly playing coy, and hasn’t either confirmed or denied the fact. All William does is sweetly thank everyone for their comments.

Fans believe that if deVry isn’t on the verge of leaving General Hospital, he would surely say so. There have been similar rumors in the past, which he quickly shut down.

A General Hospital fan tweeted on Wednesday evening about the rumors. The Twitter user had previously met William at an event and she was sorry to see him leave. She further suggested the decision to fire deVry was “horrible.” She revealed one image of herself with William, and a second showed her smiling and gesturing towards his rear. To this tweet, deVry merely responded that it was “cheeky.”

deVry’s response to the tweet caused an eruption of similar Twitter responses from other users of the social media platform. He replied to some of them, thanking them all, saying that what they said was “sweet.” Other Twitter users were sharing images they had taken with William at various General Hospital fan events.

However, Wednesday afternoon saw him stir up plenty of buzz with a post that also appeared telling. In it, the soap actor teased, “What should today’s song of the day be? Don’t Fear ‘The Reaper’??”  with a silly emoji.

Some of deVry’s Twitter followers interpreted that this could be a Halloween-related reference. This is because his character, Julian Jerome, will be at the heart of the General Hospital holiday drama this week. However, many others took it as a clear reference to his possible departure. One tweet asked, “Would that happen to be a play on words as rumors going around about you and other cast members being cut?”

However, in line with the General Hospital storyline, another viewer praised the pairing of Julian and Alexis (Nancy Lee Grahn), which received an “xo” response from the actor. The tweet read, “I’m still a Julexis fan. You two, first of all, are great actors. In addition, your chemistry is off the charts.”

General Hospital fans must be ‘kind’

Fellow General Hospital cast member Kelly Monaco posted on Instagram on Wednesday. Her caption to her selfie mentioned it has been a while since she had posted on Instagram. She added, “I must say… a lot of changes happening. #gh Please. #nohate bully’s stay away.” Following all the rumors, naturally, this comment signaled bad news, leaving fans anxious for details.

Speaking of Instagram, another note is that William’s profile on the social media platform makes no mention of General Hospital at all. Whether it did mention the ABC soap before is unknown.

The Inquisitr noted that if the rumors of him leaving General Hospital are true, Julian’s departure would likely happen during the November sweeps period.

In the meantime, fans can catch William deVry as Julian Jerome on General Hospital weekdays on the ABC Network.