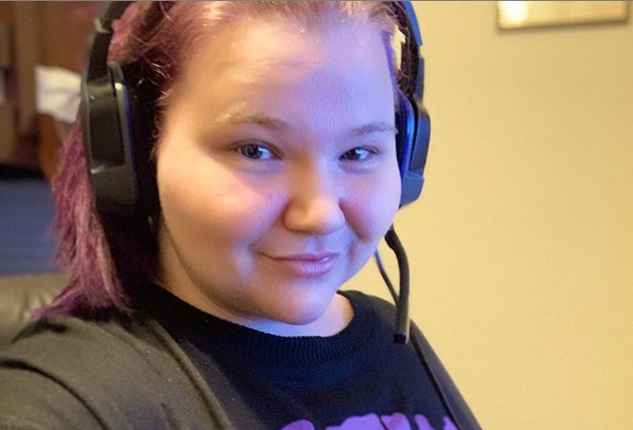 Change is coming in the life of 90 Day Fiance star Nicole Nafziger. She has decided to launch a new career as a gamer. She is following her passion for video games, hoping to turn it into a profit on the Twitch streaming service.

Nicole Nafziger featured on 90 Day Fiance with her Moroccan beau, Azan Tefou. Along the way, she caused a lot of controversy due to the nature of her relationship. When she first traveled to Morocco to be with Azan, her weight was a problem. It seems he had thought she was slimmer than she was. Tefou went on to encourage her to lose weight and look after her health. She seems to be doing that, according to various posts on social media.

Many fans of the TLC reality show didn’t believe Nicole and Azan’s relationship would last. Many accused him of being with her solely for a green card. However, she recently became stuck in Morocco due to the COVID-19 lockdown in that country. Things went well during the quarantine and it looks like the couple is intent on staying together.

While her relationship seems solid, Nicole is making changes in her working life. She used to work as a barista, but now she wants to make a major change in her life. Nicole wants to use her passion for online gaming to make a living. She is planning to do so on her Twitch channel, where she will live stream her gameplay.

Nafziger received encouragement from her followers, who suggested she start a channel and record herself playing games. Currently, she is reinforcing her CPU to ensure it runs smoothly and efficiently for gaming. As noted by Screen Rant, Nicole hasn’t yet announced a launch date, but it sounds like it will be soon.

Gaming fans must take note, however, as she made it clear she doesn’t want to work with male gamers. She pointed out in her Instagram Story that she will only allow female gamers on her channel. Some fans were upset about this, but she is sticking to her guns. Currently, the gaming world has blatant misogyny running wild, so this could be part of her reasoning for not playing with men.

Nicole did explain she also wants to respect Azan.  Her hobby is something she and Azan have always done together and she wants to keep it that way. Nafziger wouldn’t like her new career to interfere with her relationship.

Her followers are excited about Nicole’s new chapter in her life. Also, it sounds like she could be raising her daughter May to be a gamer girl like her mom.

All the best to the former TLC reality star! Fans of the reality TV show can currently catch 90 Day Fiance: The Other Way on TLC on Sundays at 8 pm ET.

What Does Jacob Roloff Do For A Living & Does He Still Live In A Van?
Amy Roloff Is Excited About Her Wedding, But Is Chris Marek?
Braunwyn Windham-Burke Betrayed By Andy Cohen For ‘RHOC’ Firing?!
‘SSW’ Jennie Lou Dschaak Exclusive: Drugs, Theft, & Abuse [Part 2]
WHAT? Josh Duggar Wants Trial Postponed For One Year